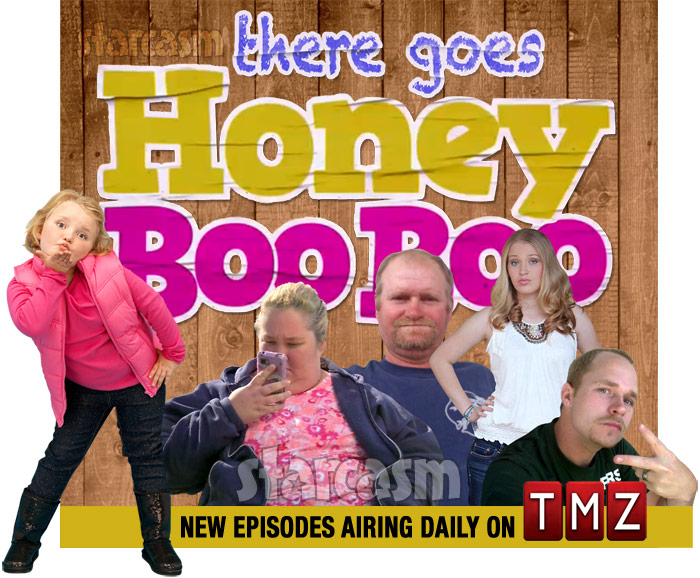 Here Comes Honey Boo Boo may have been canceled by TLC, but the family drama continues to play out in almost daily episodic installments of There Goes Honey Boo Boo on TMZ with the focus shifting from the antics of little Alana “Honey Boo Boo” Thompson to the adult drama going on between her parents, older sister Anna, and “Uncle Poodle” Lee Smith. For those of you who don’t tune in to TMZ, I thought I’d do a little recap of the last few episodes for you.

GOOD NEWS: It seems Anna Cardwell and Mama June are trying to work things out and repair their broken relationship. The two reportedly had a meeting in late December and have since exchanged numerous text messages and phone conversations. Mama June seemed slightly more optimistic as she all but said their issues were completely behind them, but Anna is bit more cautious. Although Mama June apologized for recently dating Mark McDaniel upon his release from prison after being convicted of molesting Anna when she was eight years old, Anna has told her that their peace talks will come to a complete halt if she sees Mark again.

BAD NEWS: Uncle Poodle had to be hospitalized on New Year’s Day after suffering a serious heart condition. He had to have a defibrillator surgically implanted and reportedly racked up $150,000 in medical bills — without having insurance. Literally adding insult to injury, Uncle Poodle says that aside from receiving a couple of text messages from his brother Sugar Bear, he heard nothing from the rest of his Honey Boo Boo family while in the hospital. He has since returned home with his fiancé, Alan Stevenson. 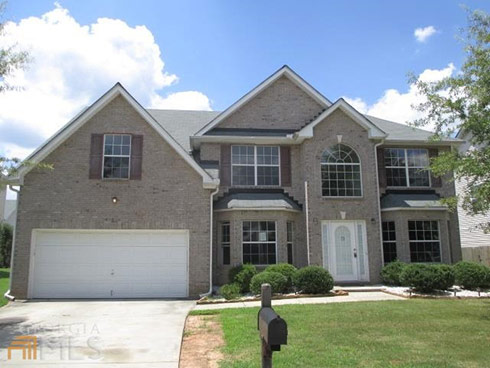 GOOD NEWS: Mama June has reportedly bought a 4-bedroom, 3-bath house (above) that looks to be quite the upgrade from the family’s infamous railway abode in McIntyre, Georgia. The 3,225-square-foot house, listed for $149,990 and seen in the photo above, was described this way on the listing:

You could be happy here! You will love this 4 bed 3 full bath traditional 2 story. Inside features New carpet, New paint and New appliances, a large living room, wall to wall carpet, dining room, a large kitchen, and a full bath on the main level. Upstairs includes a wonderfully large master suite, a luxurious bath, separate shower the second full bath, and three additional bedrooms. Walk to the swimming pool for a day of fun!

Here’s a photo of the back of the house: 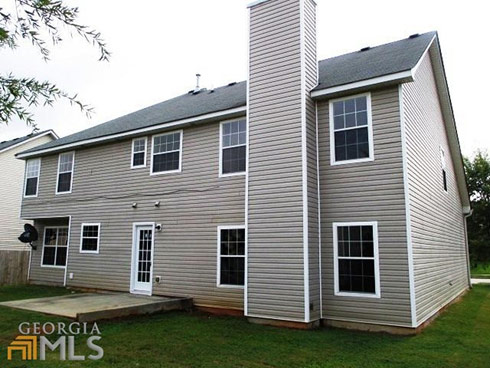 No need to put a new coat of paint on that barn!

And here’s an interior photo of where Honey Boo Boo could now be taking her mayonnaise baths — although she might want to use one of the other two: 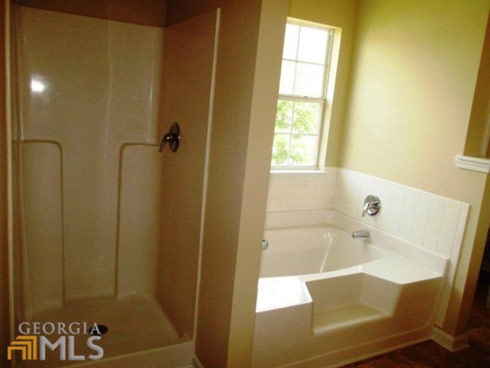 BAD NEWS: Sugar Bear apparently won’t be able to enjoy his family’s new diggs because Mama June has reportedly kicked him to the curb once again, and his desire to spread Sugar Bear lovin’ online is once again the reason. “June tells TMZ she told him to leave after finding out he’s continued engaging in online romances. She says Sugar Bear insists it’s harmless … he just does it for the thrill, but she’s not buyin’ it.”

GOOD NEWS: Sugar Bear’s done got his own new diggs in the form of a four-bedroom double-wide he is reportedly sharing with his brother! (Not Uncle Poodle.) TMZ reports the Thompson brothers rented the double-wide together shortly after Sugar Bear most recently got the boot by Mama June. That sounds like just a big ol’ Manper to me!

BAD NEWS: The site also reports that the night Sugar Bear got the boot (the night before renting the double-wide), he spent the night at a relative’s home drinking Mountain Dew and eating chili — and judging from their photos, there was also some very depressing love seat video gaming involved.

GOOD NEWS (BAD NEWS?): Honey Boo Boo’s older sister “Chickadee” Anna Cardwell has hired tabloid star super agent Gina Rodriguez’s GR Media FIRM (Farrah Abraham, Michael Lohan, Anthony Weiner mistress Sundey Leathers, etc.) and is shopping her own reality show. TMZ says the show would be “family-centric” but “not Mama June’s family.” The site adds that “Chickadee wants the show to revolve around her small brood — her, her hubby and their kid. They think they can create compelling TV around their day-to-day life, which includes hunting, fishing and figuring out how two 20-year-olds can survive in a cold, cruel world.”

In the meantime, Anna is hoping to help make ends meet by tweeting about 310 Shakes to her nearly 21,000 Twitter followers. Lindsay Lohan reportedly makes around $5,000 to tweet for the company, but it is unknown how much Anna is receiving.

That should just about bring you up to speed on Season One of There Goes Honey Boo Boo! Stay tuned for more updates and recaps!

June Shannon’s statement on Honey Boo Boo’s “I hate being on TV” comment to Dr. Drew