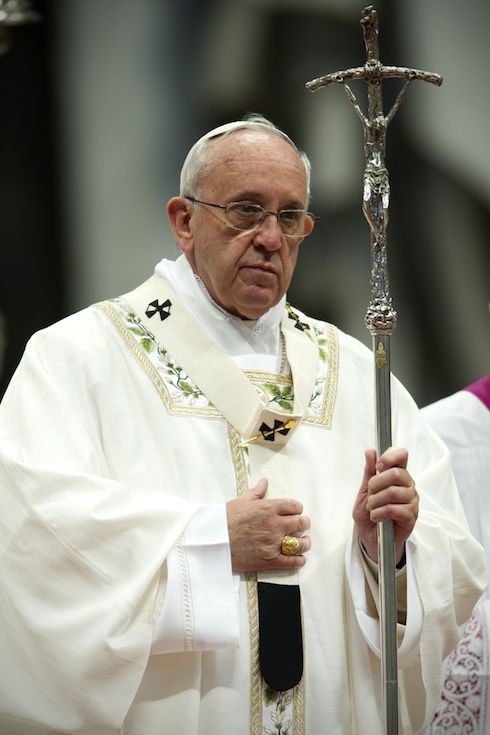 According to reports from within the Vatican, Pope Francis has requested specifically to do cocaine during his upcoming trip to South America. But, in this case, the cocaine is perhaps not what you'd expect. What does that mean? Read on...to find out.
Read More...
Pope Francis has angered many int he LGBTQ community with the recent publication of comments that appear to compare trans people and nuclear weapons. It's the latest in a long string of controversial and seemingly contradictory stances taken by the current Pope.
Read More...
Despite mediocre reviews and a so-so box office, Angelina Jolie brought her Unbroken press tour to the Vatican this week, where she screened the film for a very patient and respectful Pope Francis.
Read More...
Read More...
Read More...
Read More...
We use cookies to ensure that we give you the best experience on our website. If you continue to use this site we will assume that you are happy with it.OkNoPrivacy policy