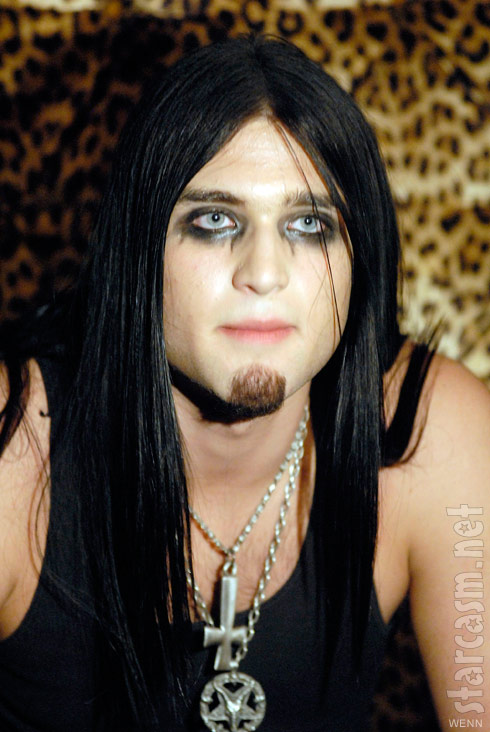 The downward spiral of the House of Cage (La Cage a fall?) continues as Nicolas’ son Weston Cage and his newlywed wife Nikki Williams were arrested and booked for felony domestic violence earlier today.

According to TMZ the incident took place this morning at their home. A call was placed to police around 7:30am reporting a woman screaming and cops arrived on the scene shortly after.

Witnesses say in addition to cutting him on the arm with a bottle, she punched him wildly and threatened to jump off the balcony. But cops believed Weston was also violent and booked him on felony domestic violence as well.

The arrest is just the latest in a series of negative headlines for the family, including Nicholas Cage’s recent financial issues and also his being detained by police in New Orleans after an alleged violent incident with his wife (CLICK HERE for details and Nic’s mug shot photo).

But dad’s got nothing on his troubled 20-year-old son Weston, lead singer for the black metal band Eyes of Noctum. Weston and girlfriend Nikki Williams married on April 24 and things seemed to be looking up for the Goth youngster. Here’s a photo of the happy couple on their wedding day: 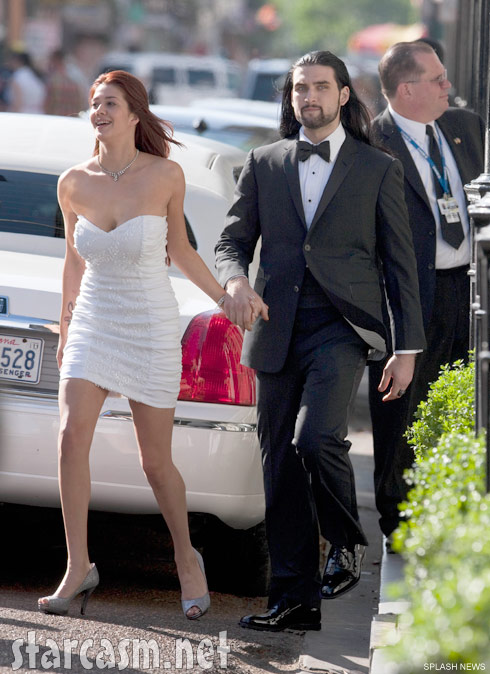 But, once the honeymoon was over things started to go really bad really fast.

On June 7th Weston got into an altercation with his former trainer and Nicolas Cage’s assistant Kevin Villegas in which Villegas beat him up pretty bad in the middle of the day on the streets of Hollywood. There was some initial speculation that it may have been Kevin who instigated the brutal altercation, which was caught on tape and published by TMZ, but it was later revealed that Kevin had been sent by Nicolas to track Weston down after he had gone missing. From TMZ:

Kevin quickly located his target in L.A., but we’re told, Weston was resistant and aggressive — even threatening to rip off Kevin’s “Christian f**king head.”

Sources tell us Kevin immediately reported the situation to Nic … who instructed Kevin to call 911. When Weston realized cops were on the way he flipped out and attacked Kevin with the roundhouse kick.

The 911 call was later released and the caller can be heard saying:

“There’s a fight going on … one guy is bleeding, it looks like his nose is bleeding. This guy holding [Weston] down … he says [Weston] is mentally ill. He’s asking for the police … send somebody!”

After the altercation Weston was strapped to a gurney and taken to a hospital for evaluation – both physical and mental. While in the hospital Weston’s estranged mother Christina Fulton tried to visit him but Weston refused to allow her to enter. She then unleashed on Nicolas Cage in a video clip shot just outside the hospital blaming the actor for her son’s actions and mental state. 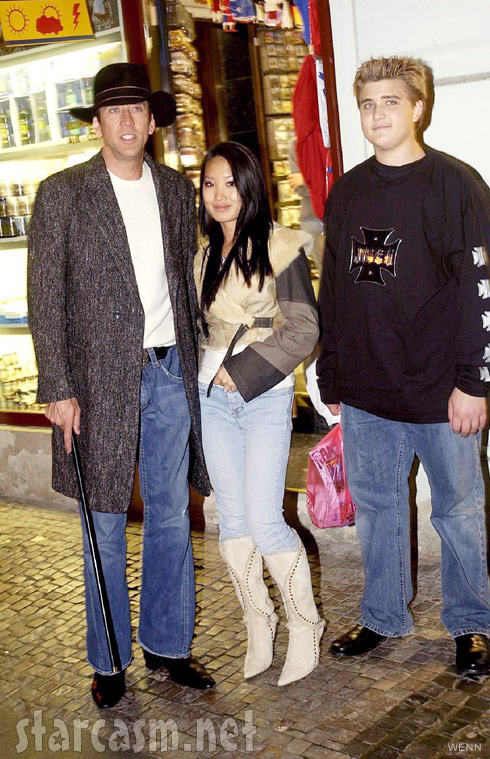 Shortly after his hospital stay Weston Cage admitted himself to rehab and his wife followed suit shortly after. Weston and Nikki got out of rehab only a few days ago and Weston was even videotaped by paparazzi stating he was “superb” and “incredibly clean.” (He also stated in the video that his blood alcohol level at the time of the altercation was 0.335% and that if he had a few more drinks, his “loyal and beautiful wife and my outstanding father wouldn’t have been visiting me in the psych ward, they would have been visiting me for the last time in an open casket funeral.” He also wanted to point out that before the infamous video recording started Kevin Villegas had “actually punched me in the nuts, like a little girl.”)

Weston and Nikki are still being held and as I mentioned in the opening paragraph are each ebing charged with felony domestic violence. (There is no mug shot photo of either yet, but I’m sure it’s just a matter of time.) We don’t know a lot about Nikki but it seems very clear that Weston is an immensely troubled dude that needs more than a month of rehab to get his s**t straightened out. I don’t know if jail is the right answer either, but only time will tell.

(On a side note – with all this crazy drama is there anyone else out there suspicious that there’s a Cage family reality show currently being filmed that we don’t know about?)

UPDATE – Hide your children because Weston Cage is back out on the streets of California after posting $50,000 bond! 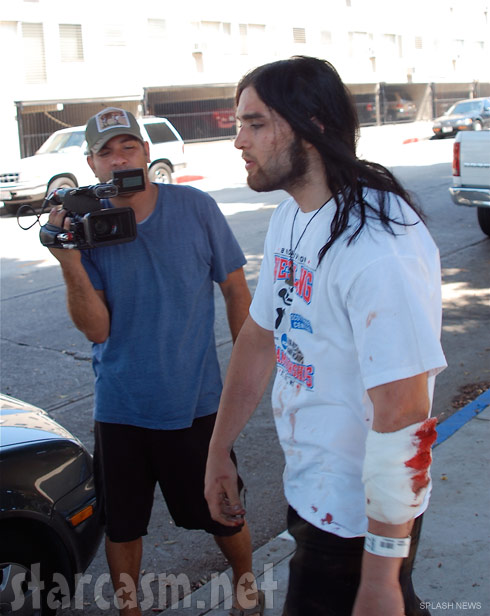 CLICK HERE for a video in which Weston tells a TMZ cameraman not to get married as he removes his bandage and shows off a nasty scar on his left arm received during his squabble with wife Nikki Williams, who is still in custody.