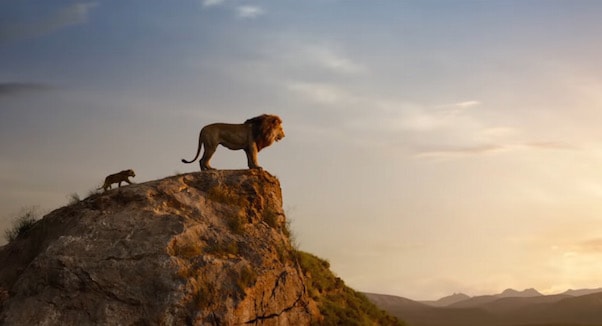 THE BLAST – The new Lion King trailer is here, and it’s mostly what people expected? It definitely delivers the hype, but at 1:42 it’s the longest 30-second teaser trailer I think I’ve ever seen

VOX – The Mueller report is going to be released in some form at some point in the next week or so. As soon as that happens, everyone with access to a microphone will start spinning it. Here’s how to actually read and analyze it yourself

CELEBITCHY – Hailey Baldwin’s moisturizer has her own blood in it, making her against all odds the KISS of fashion models. And the moisturizer itself is definitely working for her, so, well done, carry on

THE BLEMISH – Come for the update on R. Kelly’s latest shameless attention grab; stay for the quality piss joke

DLISTED – The entertainment media is finally starting to ask Elizabeth Moss how she squares her Scientology membership with her starring role in The Handmaid’s Tale. We haven’t seen Moss squirm this much since the first few episodes of Mad Men

LAINEY GOSSIP – Both Felicity Huffman and Lori Laughlin’s plea deals included recommendations of jail time, but don’t be surprised if neither one of them ever sets foot in prison. And it’s all thanks to the same system that allowed them to purchase illegal college admissions access in the first place

JEZEBEL – The story of Jack the Ripper has always been fascinating just as a piece of true crime; thanks to the swirl of cultural and political forces that make 2019 so difficult to bear, it’s also never been a more relevant study. So here’s a book — The Five: The Untold Lives of the Women Killed by Jack the Ripper — that does just that! Tuck it in your summer beach tote

REALITY TEA – Scheana Marie, a seasoned reality TV cast member, thinks that Lindsay Lohan’s Beach Club is a boring show and also not as good a show as Vanderpump Rules. What is good: intra-network cast feuds, so get ready for this one to escalate

THE ASHLEY’S REALITY ROUNDUP – I was never Team Tarek when he and Christina El Moussa had their gigantic fallout and awkward makeup, but I have to admit that this is a pretty good way to shade your ex. Dickish, for sure, but good nonetheless