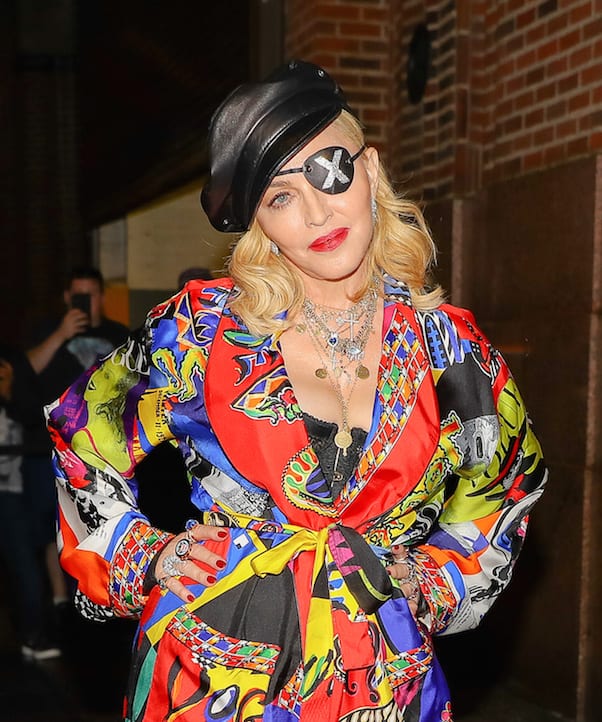 CELEBITCHY – It looks like this Madonna controversy over the two-hour delay before her Miami show isn’t going to go away anytime soon. After a fan sued Madonna for pushing the show’s start time back two hours, Madonna actually clapped back from onstage, telling the audience “The queen is never late.” That may be true, but the queen also doesn’t need to flex?

JEZEBEL – A few days after TI told an interview he accompanies his daughter to her OBGYN and insists the doctor give him hymen status updates, TI’s daughter quietly unfollowed her father on Instagram. Of course, it being TI and his daughter, the unfollow was immediately noticed, as were her likes of comments about how weird and gross TI is

VOX – The first public hearings in the impeachment inquiry start this morning; here’s who’s testifying, why they’re relevant, and what else you should expect

GO FUG YOURSELF – I wonder if there’s anyone left who hasn’t had the twist in Last Christmas spoiled for them, a week after its release in the UK and two days before it comes out in the US? Anyway, here’s Emilia Clarke and Henry Golding putting on brave, even happy faces to do publicity while the bad reviews roll in

THE BLAST – And in more Real Housewives news: “RHOC Star Tamra Judge’s Husband Slammed For Not Supporting Her Struggling Son”

LAINEY GOSSIP – Camila Cabello and Shawn Mendes just passed a “Hollywood celebrity couple rite of passage”: making out courtside at a basketball game for the benefit of all the paparazzi in attendance. (21st century bonus: It was a Clippers game)

DLISTED – And in Nene Leakes-adjacent news: Nene claims she was at the Miami restaurant where (big, lede-burying breath) Lamar Odom proposed to his girlfriend and personal trainer, Sabrina Parr, who is apparently going to become Mrs. Parr-Odom