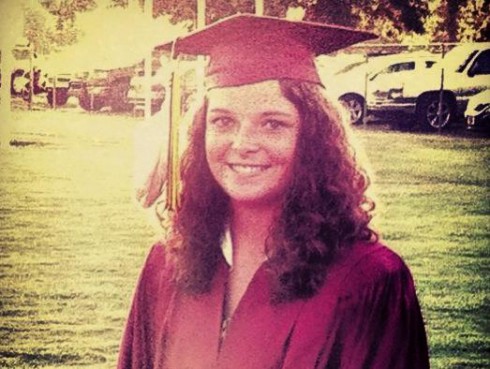 As a member of the Poarch Creek Band of Indians, Chelsey Ramer was given an eagle’s feather in recognition of her high school graduation. However, when it came time for the school ceremony, Ramer was informed that she could not wear the feather in her hair.

“They told me that if I wore it that they would pull me off the field,” said Ramer in an interview with Local 15 TV.

Even after she joined together with other Native American students and petitioned the school to change its policy, the Escambia Academy High School headmaster denied the graduating seniors’ request.

The students’ parents and local tribal council members also asked to speak with school administrators, but they were never granted an audience.

Meanwhile, the private academy administrators didn’t forget about the issue. Just before graduation, the school issued a contract for all students. The agreement read: “Students and staff shall not wear extraneous items during graduation exercises unless approved by the administration.”

Ramer refused to sign the contract and went through with wearing the meaningful feather for the May 23 ceremony.

The school also went through with its threats. Now, Ramer must pay $1,000 before she is granted her diploma.

“I feel like this wasn’t fair. It felt like it wasn’t legal,” Ramer said in an interview with Indian Country. “It really did hurt my feelings. I have watched others wear it and I looked forward to it my whole four years there. Now when it was my turn, [they said] I couldn’t.”

“I think this is ridiculous. If they took the time to understand and respect the differences in individuals, this would have never happened,” Alvarez told Indian Country. “We don’t have much left as Indian people, to give a child an eagle feather as an achievement should be adhered to.”

Six days after the graduation, Ramer went into the school’s administrative office to appeal the fine. At that point, she learned that the headmaster was no longer with the academy — but she was still expected to pay the $1,000. At this point, she is in a standoff with the school as she refuses to pay and the academy hasn’t agreed to drop the issue.

Do you think Ramer should have just followed the school’s rules? Or did she have a right to honor her heritage?

I think we all know whose side Jenelle would take… 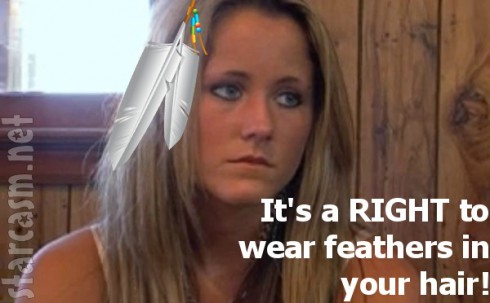