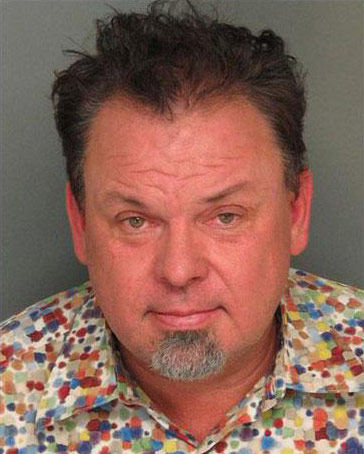 The self-proclaimed “Painter of Light” and “most collected artist in America” Thomas Kinkade may be adding some new subject matter to his famous line of sugar-coated Bob Ross renditions of snowy cabins in the woods, Jesuses and flowery gazebos – namely views from inside a prison cell!

Lawyers for the 52-year-old pleaded no contest to DUI charges Friday stemming from a June 11 Carmel, California arrest in which Kinkade’s blood alcohol level was found to be more than double the legal limit. From KSBW:

He was sentenced to 10 days in jail. He must also attend a nine-month DUI offender program, serve five years of informal court probation and was assessed a $1,846 fine. 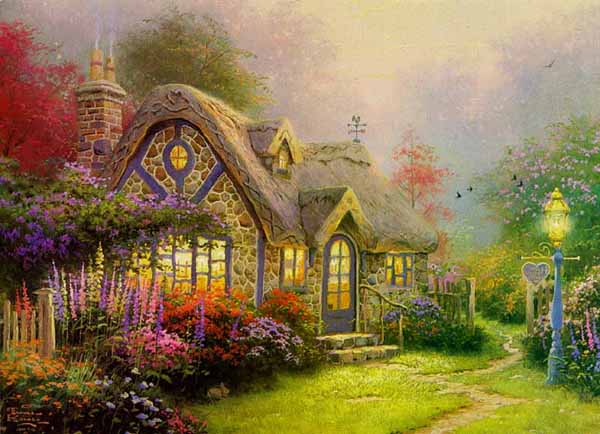 The conviction adds to Kinkade’s impressive douchebag resume that first came to light during court proceedings filed by gallery owners who accused Kinkade of swindling them out of hundreds of thousands of dollars. Other gallery owners, former employees and others who knew Kinkade offered up a much darker portrait of artist. From The L.A. Times:

In sworn testimony and interviews, they recount incidents in which an allegedly drunken Kinkade heckled illusionists Siegfried & Roy in Las Vegas, cursed a former employee’s wife who came to his aid when he fell off a barstool, and palmed a startled woman’s breasts at a signing party in South Bend, Ind.

And then there is Kinkade’s proclivity for “ritual territory marking,” as he called it, which allegedly manifested itself in the late 1990s outside the Disneyland Hotel in Anaheim.

“This one’s for you, Walt,” the artist quipped late one night as he urinated on a Winnie the Pooh figure, said Terry Sheppard, a former vice president for Kinkade’s company, in an interview.

Here’s his mug shot after being run through the “Kinkade Filter” in Photoshop: 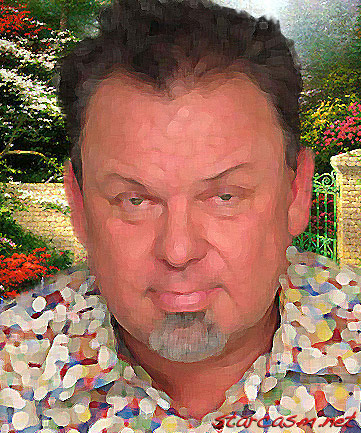 This guy sounds like the Mel Gibson of the art world! He has the same over-inflated and self-righteous ego mixed with an affinity for alcohol and making an ass out of himself. But at least Mel Gibson offers up Braveheart! With Kinkade all we get are paintings drenched with trans-fatty notions of patriotism and battered in sugary sweet Christian beliefs before being deep fried in a vat of sentimentality. It is an artery-clogging aesthetic that threatens the spiritual health of all that consume it.

Sorry – I get a little upset when someone tries to yoink the mantle of “Painter of Light” from the likes of Rembrandt, Monet and Wyeth. I wish the best for Brother Kinkade and hope his time in jail will help him face his Kierkegaardian “midnight hour” and his life is transformed.

VIDEO – Panhandler brags he makes $100,000 a year pretending to be handicapped