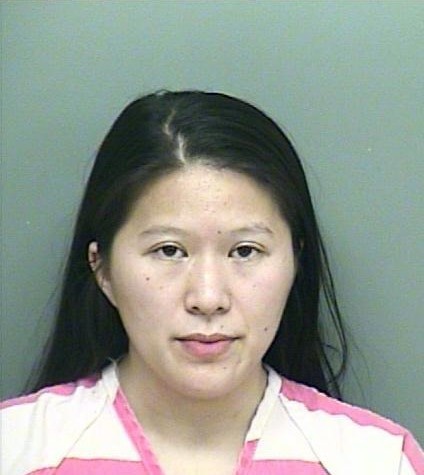 It’s not quite New Mexico and it’s not quite blue meth, but a Texas chemistry teacher’s story is reminiscent of Walter White in more ways than one.

Haivan Bui, 29, of Houston, was arrested Friday on charges of intention to deliver or manufacture a controlled substance.And in Bui’s case, that substance was date rape drugs.

And, yes, police found meth in her home, as well. Two ounces of it. No word on the color.

“Maybe they’re trying to be the new Breaking Bad,” said Phyllis Hannon, a neighbor of Bui’s. “He was a chemistry teacher on the show, too.”

Bui’s husband, Chris Hartwell, was home at the time of the raid. He’s being charged with possession of  controlled substance, along with being a felon in possession of a firearm: a loaded shotgun police found in the house. That’s a no-no even in Texas.

Bui taught at both Oak Ridge High in Houston and Lone Star College in nearby Conroe. When she failed to appear for her last class at Oak Ridge, another teacher went into her classroom and told her students what had happened.