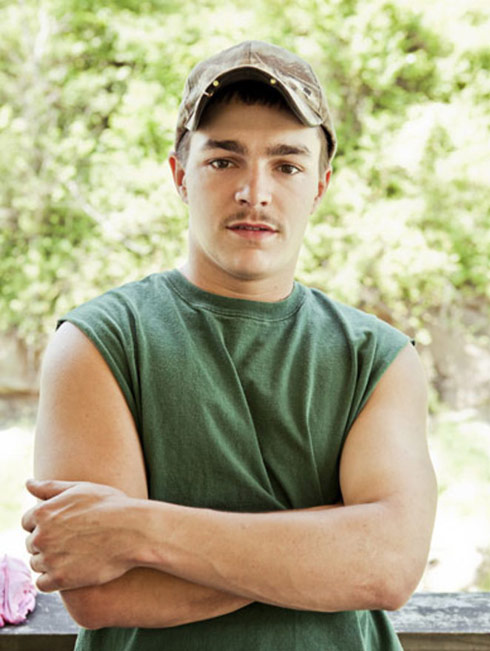 MTV has announced that the network will be airing a special this Sunday to honor Buckwild cast member Shain Gandee, who tragically passed away from carbon monoxide poisoning on April 1. In addition, they have issued an official statement on their decision to cancel the show which left the remaining cast members and the show’s producer outraged.

The special is set to air this Sunday at 8 p.m. ET/PT. Via MTV News:

“After careful consideration, MTV will not be moving forward with season two of ‘Buckwild’ in West Virginia. We love the cast and the show and this was not an easy decision, but given Shain’s tragic passing and essential presence on the show, we felt it was not appropriate to continue without him. Instead, we are working on a meaningful way to pay tribute to his memory on our air and privately.

On Sunday, we will be running a special, ‘Buckwild: WV to the NYC,’ which was shot before production had begun on season two. With the support of his parents, Dale and Loretta Gandee, we will run the tribute following a day of programming dedicated to Shain in which we will air the entire first season of ‘Buckwild.'”

“Thanks to everyone for their thoughts and prayers during this incredibly difficult time for our family. We have truly felt all the love and know that Shain is resting peacefully. Shain was an incredible, outgoing and positive person who was loved by whoever he met. We are honored that we were able to let the world see what a wonderful son we had. He was the best son anyone could ask for. As we look to honor him in our lives every day moving forward, we are happy to share some of his last moments doing what he loved best: having fun and making people laugh.”

Earlier today we highlighted just how shocked and upset the cast was of the news that the show had been cancelled. Many of them took to Twitter to encourage fans of the show to contact MTV to let them know they wanted a 2nd season. They argued that this is what Shain would have wanted.

Backing his cast, show producer J.P. Williams let loose on MTV, calling them out on what he believes is an outrageous injustice. Speaking with The Hollywood Reporter, he called into question the moral compass of a network that airs Teen Mom and 16 & Pregnant but decided to drop Buckwild after Gandee’s death.

“This is the network that has shows about teen pregnancy. They’ll stick by a show that allows you to abandon a child, but a kid dies by accident doing what he does for a living [mudding] and they cancel the show? There’s something that smells of sh!t here on every level.”

Williams claims that as of Friday he was under the impression from the network that the 2nd season, which was already being filmed, would continue. This all changed on Tuesday when he received word of the cancellation. The producer, who manages 8 of the show’s cast members, is digging his heels in, suggesting that he will continue shooting the show and might even get a film in the works. “My job is to protect these kids,” adding: “This will get ugly.”