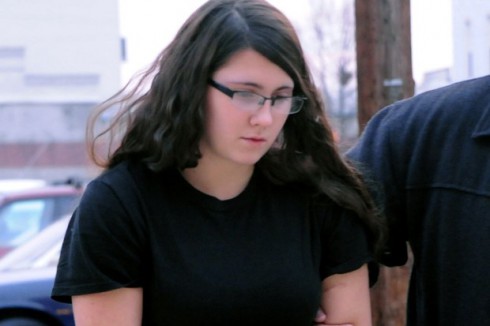 Pennsylvania 19-year-old Miranda Barbour recalls her November killing of a man she met through Craigslist as clearly as “watching a movie” — but can’t remember her total body count.

“When I hit 22, I stopped counting,” Miranda told The Daily Item. “I can pinpoint on a map where you can find them.”

The teenager said she began her murder spree when she joined a satanic cult in Alaska at the age of 13: She was with the cult leader when he got into an argument in an alley and killed someone. Then the leader instructed Miranda to shoot the victim a second time.

“I hate guns. I don’t use guns. I couldn’t do it, so he came behind me and he took his hands and put them on top of mine and we pulled the trigger. And then from there I just continued to kill.”

Deemed the “Real Life Dexter” by some, Miranda told The Daily Item she only killed “bad people.”

“I would lure these people in,” she said in the recorded interview. “I studied them. I learned them and even became their friend. I did this to people who did bad things and didn’t deserve to be here anymore.”

In the case of her Craigslist victim, Miranda said she and her husband, 22-year-old Elytte Barbour, arranged for the killing because they wanted to share that experience. She said it was Elytte’s first murder. 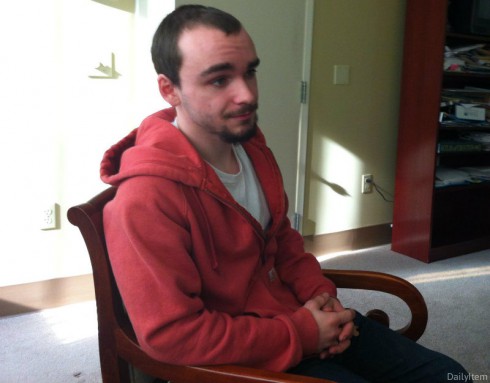 Miranda said she met the victim, Troy LaFerrara, in a parking lot for sex. She told him she recently turned 16.

“He told me that it was OK. If he would have said no, that he wasn’t going to go through with the arrangement, I would have let him go,” she said, adding “things got out of control” when Elytte stabbed him.

Miranda and Elytte were later arrested and charged with the murder. Both pled not guilty, although Miranda said her plea was her attorney’s doing.

“When I was at my arraignment and the judge asked me how do I plead, I was ready to say guilty and my attorney grabbed the microphone and said not guilty.”

As for why she’s speaking out now, Miranda said she doesn’t want to get out of jail.

“I know I wanted to talk about all this because I know I had a 20-year window where I would possibly get out of jail and I don’t want that to happen. If I were to be released, I would do this again,” she said. “By no means is this a way to glorify it or get attention. I’m telling you because it is time for me to be honest and I feel I need to be honest.”

Sunbury Police Chief Steve Mazzeo told CNN the police department is in contact with the FBI and authorities in the other states Miranda reportedly committed murders.

UPDATE: Miranda’s dad Sonny Dean doesn’t believe that she could have possibly murdered 22 people. He told the Sunbury Daily Item that his daughter is a heroin addict who “lives in a fantasy world.”

“The incident with the gun she talked about is possible,” Dean said. “But I can promise you that she has only been to California once and Texas a few times and both times she wasn’t out of my sight.

He did say that he would stand beside the family of the victim she is linked to killing, LaFerrara, if she receives the death penalty. “In that case, I would stand side by side with you, take your hand, and silently pray that some good may come of this,” he said.

In addition to LaFerrara, Miranda’s dad thinks there may be a possibility that she killed someone in Alsaska. “The reason I think that the Alaska incident is a possibility is that Miranda ran away from home at least two times that I remember, both for over a 48-hour period,” he said. “Once was around the age of 13 and once was sometime the following year, when she was 14. I don’t know what took place during either of those 48-hour periods.”

Did Edwin Valero try to kill his wife Jennifer Viera before?

Wigs for bald baby girls are real thanks to Baby Bangs