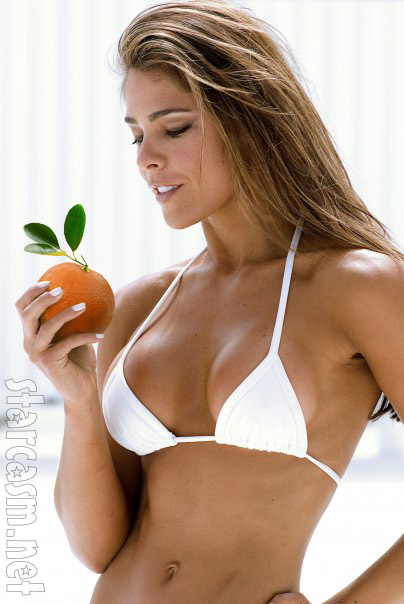 Fernanda is a well-known fitness instructor from Laguna Beach who is good friends with RHOC veteran Tamra Barney. Soon after the announcement was made that she would be joining the cast Radar Online talked to a source who says, “She’s going to be a more controversial character because she’s been married and she’s just got out of a lesbian relationship.”

Bravo sure does seem to be trying VERY hard to work in lesbian plot lines on their Real housewives shows! But swimming in the lady pond is just one aspect of the fireworks Fernanda will bring to the OC according to a Real Housewives insider who tells Radar, “they’re probably going to use her as more of a villain-type character that will stir the pot like Kim G. But she’s younger, sexier and more controversial.” (That statement doesn’t seem fair because Caroline Manzo is “younger” and “sexier” than Kim G.! “Sexier” should be replaced with “waaaaaaaaaaay sexier” at least!) 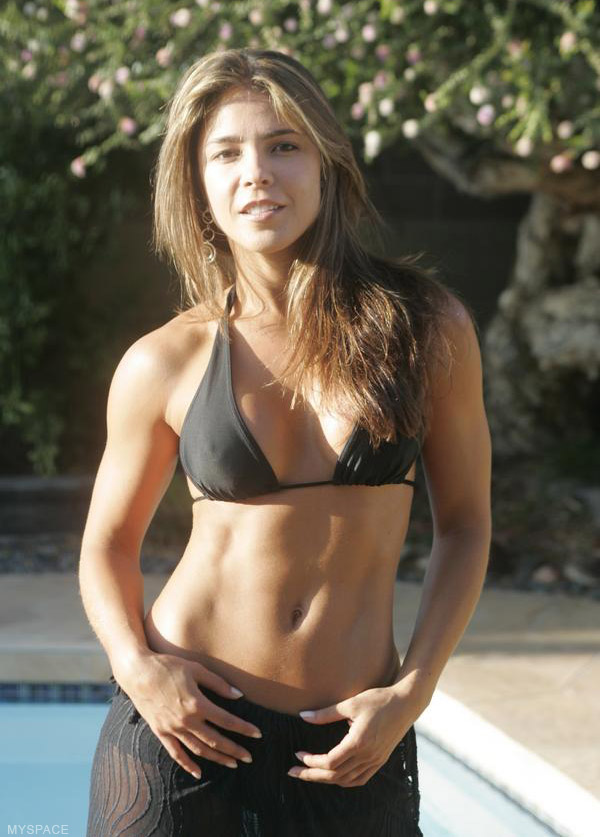 So who is this rock-hard hot-bodded bombshell with the sexy accent? Here’s a little background info:

Fernanda Rocha is originally from Brazil where she received a Bachelors degree in Kinesiology (the science of human movement) from Federal University of Minas Gerais. In addition to her education Fernanda had years of dance and fitness training and she put it all together to create a Jiinga workout DVD and her Jiinga line of fitness clothing.

In addition to creating and promoting Jiinga, Fernanda Rocha also managed a number of health clubs in Brazil and would eventually decide to hone her business chops at UCLA where she studied marketing and business. Her California resume includes work and training at Renaissance Club Sports, LA Fitness, Sports Club Irvine and Crunch before becoming co-owner of Art of Fitness & SPA in Laguna Beach. 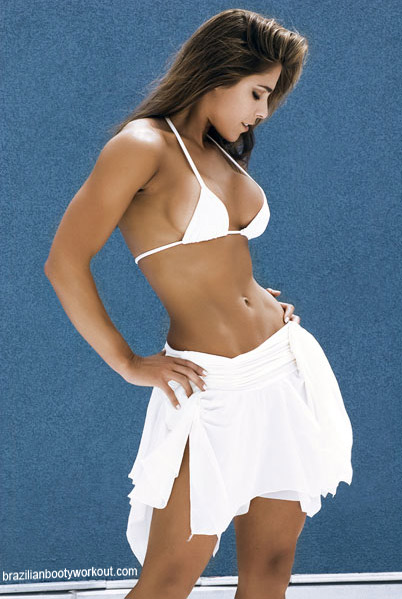 Fernanda’s latest project is the Brazilian Booty Workout DVD which features an easy-to-follow and fun routine designed to tone your rump. “Join celebrity fitness trainer Fernanda Rocha in this highly motivating and effective Brazilian style workout DVD that will help you shape, tone and firm your body, giving you total definition and the booty you have always wanted!” Fernanda also offers “Booty Blaster ankle weights” to “take your workout to an entire new level and give you amazing results in a short period of time.”

Here’s the cover art for the DVD followed by a promo video featuring lots of bangin’ Brazilian badonkadonks in action! 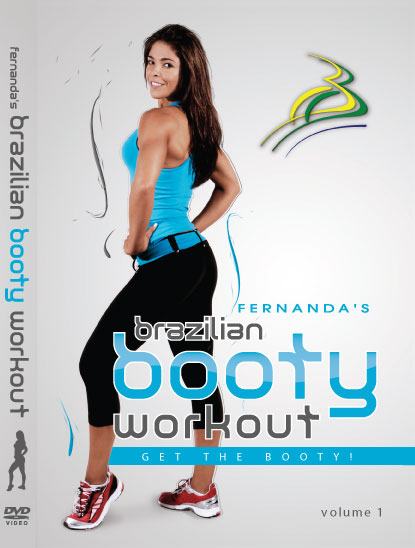 If my brief bio didn’t quite cut the mustard, here’s Fernanda’s version from BrazilianBootyWorkout.com:

If Fernanda Rocha could name her number one passion it would be teaching and second to that… fitness. That’s why it’s so easy to understand when she says she’s living out her dream, by combining her two passions.For the last decade and a half, Rocha has dedicated her life to this career, everything from group exercise classes, personal training, to even taking center stage at fitness conventions in the United States and abroad. Seven years ago she decided to launch her own Jiinga clothing line designed for instructors and workout enthusiast. It is an endeavor she started back in Brazil, where she created her own brand of fitness clothing line, created her Jiinga(tm) dance workout shortly after she graduated from college in Kinesiology/ Physical Education. When she moved to the United States, she continued to follow her passion. She now co-owns and runs Art of Fitness & SPA in Laguna Beach, California.

RHOC fans might remember Fernanda from a Season 5 episode in which Tamra took Lynn Curtin and Alexis Bellino along with her for a Brazilian Booty workout at Rocha’s Art of Fitness and Day spa. Fernanda used the opportunity to show off her amazingly toned and fit body and demonstrate some of the amazing things a well-trained Brazilian booty can do!

The ladies were impressed (As was I!) and Tamra announced she had hired Fernanda as a trainer and proclaims, “watch out b!tches next year!”

I don’t know about you, but I am excited to see Fernanda unleash her Brazilian bravado on the cast! As I mentioned when profiling Real Housewives of New York City new addition Cindy Barshop I really enjoy the self-made businesswomen on these shows. Dumb, rich (or pretending to be rich) and drama-inducing women are great, but I like a lady with a bit of business smarts and practicality mixed with my b!tchy drama! Hurry up OC and Atlanta, I’m not really getting the same high with these DC housewives!

As a parting shot here are some Fernanda Rocha links followed by a video for Fernanda’s first major project, Jiinga!