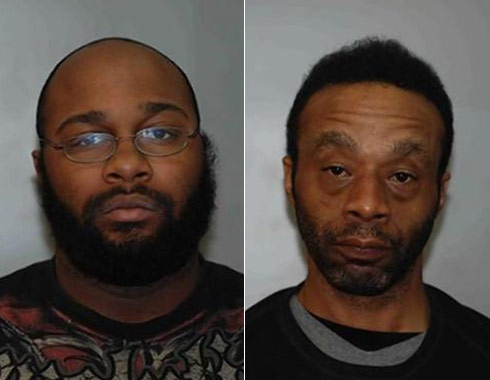 Annapolis Police arrested two men, Devery Kelley, 24, and Cornell Robinson, 44, early Sunday morning for an armed robbery of a pregnant woman who was in labor. They are currently searching for a third person who is believed to have also been involved.

An eyewitness called the cops around 4:30 am local time after they witnessed the pregnant woman and a man held up at gunpoint. The woman had started experiencing contractions and was being escorted to her car by the man when the crime took place.

When officers arrived, a passerby identified the alleged criminals who were fleeing the scene in a stolen car.

The officers went in pursuit and eventually arrested Kelley and Robinson after they tossed a gun out of the vehicle and then attempted to flee on foot. The police report indicates that a shotgun was also located and is believed to have been thrown from the ride as well.

Kelley and Robinson were charged with numerous robbery and assault charges. Kelley is being held on $275,000 bond and Robinson is being held without bond. The woman in labor was taken to a nearby hospital. Her condition is currently unknown.

VIDEO ‘I just bleeping shot myself’