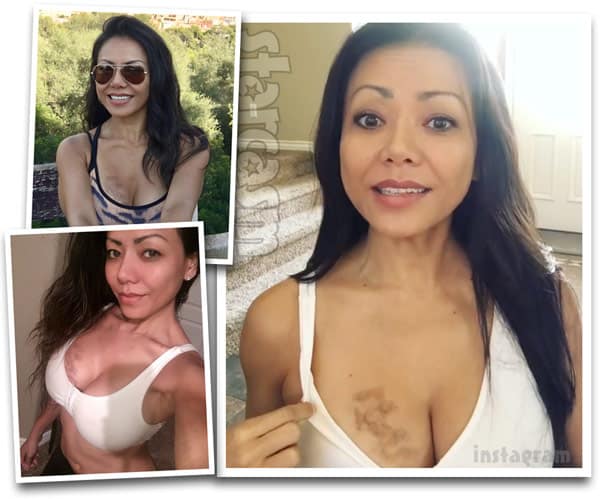 Marrying Millions star Gentille Chhun has just shared an Instagram video answering the question she is most commonly asked: “What is the mark on her chest?”

The mark in question is a very distinct and rather large discoloration on her right breast, which is very evident even when Gentille is wearing something like an evening gown. I assumed it was a birthmark, but other fans have speculated that it is a scar, or perhaps the remnants of a tattoo.

As it turns out, I was wrong and the other two guesses were correct!

“There has been a lot of speculation and a lot of opinion about what is on my chest,” Gentille explains in a new Instagram video (included below). “I’m here to tell you it is actually a tattoo!”

This was an actual dragon. I got it when I was about 16/17. Young and dumb, you know? You’re not thinking. And I put it here specifically so that my mother could see it. And so, poor mom almost had a heart attack when I showed up [at] home with it!

I’ve been in the process of removing it for maybe about over ten years now, but unfortunately it just kind of stopped. So I’m just waiting for the technology to get better, and remove it completely.

Here’s the full video in which Gentille lets viewers know they can ask her other questions and she will try to answer them as well:

I think the next obvious question for Gentille would be: “Are there any photos of the tattoo before you started having it removed?” The answer to that question is “yes” because she has already posted two throwback photos with the tat!

Here they are, slightly enhanced in Photoshop: 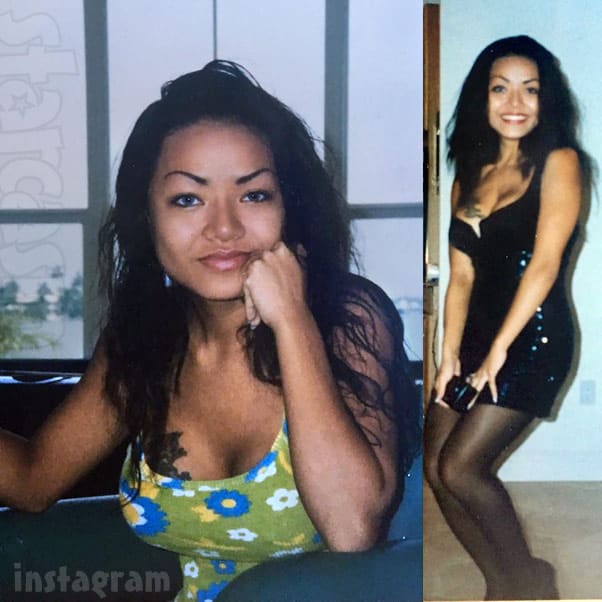 “Awww look at 21 year young Gentille,” she captioned the images.

We will certainly keep an eye out for more “before” photos of Gentille’s dragon chest tattoo! Meanwhile, you can keep an eye on her partially removed tat with new episodes of Marrying Millions airing Wednesday nights at 10/9c on Lifetime.

On a side note, if I was bisexual, I would 100% choose Gentille over all the other millionaires on the show! I love her demeanor, her intelligence, her sense of humor, and her half-erased dragon tattoo. 🙂 Which millionaire from the show would you choose to marry, assuming you had to sign a pre-nup?