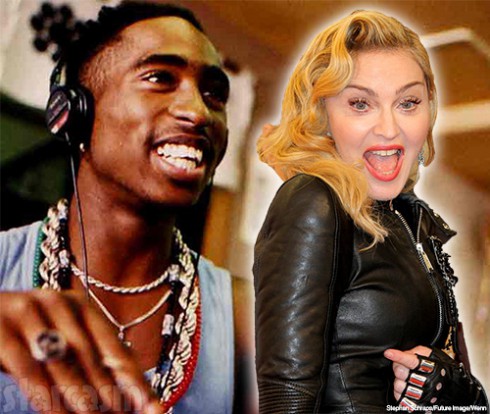 For the past 30 years, Madonna has lived a very public life — which is why it’s surprising we’re really just hearing about her romance with Tupac Shakur.

Speaking to Howard Stern on Wednesday, the Material Girl explained her infamous Late Show with David Letterman appearance from March 31, 1994, in which she said the f-word 14 times and smoked a big cigar throughout the chat. At the time, it was the most-censored talk show ever.

“I was mad at [David Letterman] when I said the f-word a lot,” she said this week. “I was in a weird mood that day. I was dating Tupac Shakur at the time and the thing is he got me all riled up on life in general. So when I went on the show I was feeling very gangsta.”

Howard, like most people, said he never realized Madonna and Tupac dated. However, the romance has been rumored for years: In an unauthorized 2007 biography about Madonna, the author claimed the singer and rapper briefly dated before his shooting death in 1996. Last year, The View‘s Rosie Perez told Wendy Williams that Tupac agreed to be her date to a Soul Train Awards in the 1990s only if she would “hook him up” with Madonna — which she was apparently able to do!

John Mayer admits he’s been a jerk in the past, but is happy with Katy Perry