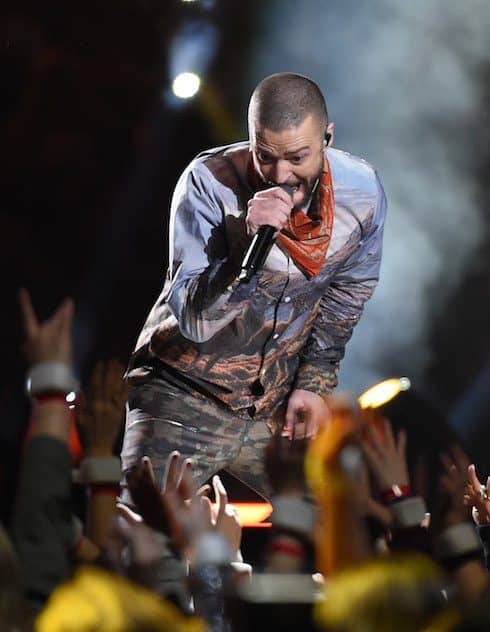 DLISTED – Pepsi is following the hygiene industry’s lead and developing a snack chip just for women. (ICYMI: Pepsi owns Frito-Lay and Doritos.) CEO Indra Nooyi seems to think that women don’t like the fact that Cheeto powder sticks to your fingers and you have to lick it off…but isn’t that the best part about eating Cheetos?

REALITY TEA – Former RHONJ star Dina Manzo is getting dragged a little bit for the advice she gave Kylie Jenner upon the birth of Kylie’s first child. But the advice amounts to “Don’t make having a kid at 20 look too glamorous since you have it super easy and your fans are impressionable,” which seems like a pretty sensible, telling-it-like-it-is-on-a-sitcom thing to say

CELEBITCHY – Justin Timberlake’s Prince tribute at the Super Bowl halftime show was definite pandering, considering the two had a longstanding beef. Also, Timberlake’s outfit was both ugly and ridiculous — you can’t wear a vaguely camo-looking suit on top of a shirt with deer on it. The idea is to not get shot by hunters

THE BLEMISH – No, McDonald’s French fries do not cure baldness, help make you thinner, and lower your blood pressure. If they did, America’s current president would appear to the rest of the world the way he sees himself in the mirror

JEZEBEL – Tom Golisano, a billionaire, is so enraged that by the geese that poop on his upstate New York property that he’s refusing to pay a $90,000 school tax until authorities step in and deal with the problem. “Deal with” apparently means “Kill all the geese, since how else do you stop them (or anything!) from pooping? Plus, couldn’t he just apply for a hunting license and take care of this problem in one weekend? The ensuing cookout would be a lot more endearing than withholding $90,000 from kids

VOX – Speaking of goose poop, Ram took a Martin Luther King Jr. speech about as far out of context as they possibly could in using it to sell trucks with their Super Bowl commercial. Here’s what the speech actually says

VERY SMART BROTHAS – And here’s why Ram taking Martin Luther King Jr.’s words about as far out of context as they possibly could in using it to sell trucks with their Super Bowl commercial matters

LAINEY GOSSIP – The trailer for the new Jurassic Park movie debuted during the Super Bowl. It looked neat! But it revealed the inherent flaw in the franchise’s formula: it’s pretty much the same premise in every movie. (See also: Home Alone; Star Wars)

UPROXX – And here’s every Super Bowl commercial in one place, complete with a handy list of winning and losing commercials for you to argue over