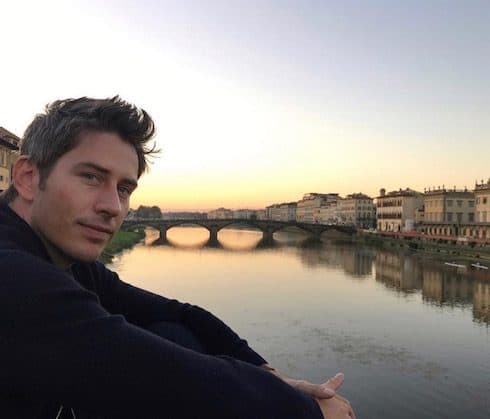 JEZEBEL – Here’s a fun pop quiz: According to the author of a new behind-the-scenes book, the number one reason potential contestants are turned down for both The Bachelor and The Bachelorette is 1) Prior commitment; 2) Unexpected lion mauling; 3) Indigestion; or 4) Herpes. Choose carefully

REALITY TEA – This whole awkward post-breakup friendship tour between Scheana Marie and Rob Valletta just underscores one of the weirder things about reality TV culture: every show’s episodes are several months behind the well-documented actual drama unfolding on social media and gossip blogs

THE BLEMISH – Donald Glover’s response to Chevy Chase’s racism and petty jealousy while the two were on Community together is some of the most beautifully passive high-road shade you’ll ever see thrown. It’s like an assassin who knows his target is waiting for a bullet choking him with a macadamia nut instead. (Side note: The Community episode where Pierce tries to become the star of Annie’s play was totally based on Chevy Chase’s real-life behavior)

LAINEY GOSSIP – The marketing for A Wrinkle In Time is using Chris Pine the same way Orange Is The New Black used Piper in the first couple of seasons, which is both savvy and fun. Also, here he is looking good and dropping worthwhile life-affirming quotes at the premiere

DLISTED – Amy Schumer’s wedding vows to her surprise new husband basically read like a deleted scene from Trainwreck — which was great, no shade — including a promise to “keep going down on you, even though everyone tells me I won’t.”

CELEBITCHY – Jennifer Lawrence’s cover feature in the latest Vanity Fair is getting plenty of attention for her comments on Democrats and Trump, but I can’t stop imagining what it’s like to be the interviewer for whom Jennifer Lawrence cooks a chicken dinner in the doubtless amazing kitchen of her surely stunning southern California mansion. High-profile journalists must have to go through dazzle training at some point

VERY SMART BROTHAS – Here’s an interesting thing to think about for five minutes: What’s the biggest national chain store that you’ve never been in? And why haven’t you been? (I’ve never been in a Safeway, simply because they’re almost non-existent in the eastern US)

UPROXX – Why is Charles Barkley hosting SNL next month? I know he’s done it several times before, and also is often unintentionally hilarious. Still, I’m pretty sure upon hearing the news Jack Donaghy stared out his office window and lamented the missed opportunity for better vertically integrated corporate synergy

90 Day Fiance: Before the 90 Days cast photos of all the couples