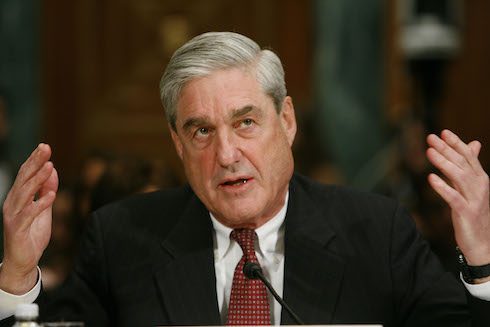 VOX – This Robert Mueller smear campaign fail is almost too stupid to believe, but give it a try anyway: Apparently a 20-year-old troll and a Republican conspiracy theorist teamed up to try and pay women to say they’d been sexually assaulted by Robert Mueller. They did a paper-thin job of covering themselves and then spilled their own hot tea on Twitter, and now the FBI is investigating them

THE BLAST – The real Haunting of Hill House mansion is really haunted, say the couple who own the Georgia estate. (The house is also only about 16 years old, so the “4 or 5 ghosts” who haunt it must be pretty fresh)

JEZEBEL – British woman Amethyst Realm, who made a name for herself last year by claiming she’s slept with over 20 ghosts, now says she’s engaged to a ghost she met in Australia this winter. Amethyst also says she and this ghost joined the Mile High Club together on the flight back home, so, double congrats, I guess

CELEBITCHY – Tiffany Haddish ditched the worst date she ever went on by telling the dude — who “stank” — that she had to go to the bathroom and then just ditching him in a movie theater. She now uses credit scores to decide whom she’ll date

REALITY TEA – There is definitely a secret camaign to get Brandi Redmond kicked off of The Real Housewives of Dallas, says Brandi Redmond

LAINEY GOSSIP – Halloween is kind of a pain in the ass, unless you want to go full Ron Swanson and just have one Halloween costume that you wear every time you need it. Anyway here’s Katy Perry dressed as a sloth and looking generally like she lost a bet