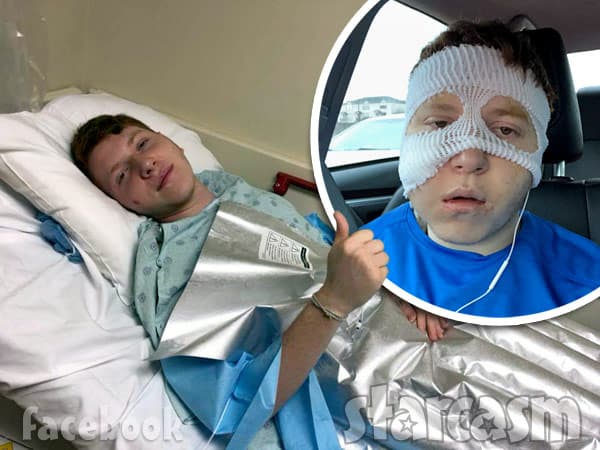 Jacob Toborowsky, the son of Before the 90 Days star David Toborowsky, continues to recover from injuries sustained after a friend accidentally shot him in the face late last month. Jacob is currently in Texas with his mother where he has recently undergone multiple surgical procedures — including the removal of the bullet. Meanwhile, David reveals that an assault charge has been filed by the Commonwealth of Kentucky against the friend who fired the shot.

First, we will update you on Jacob’s most recent surgeries. As mentioned, Jacob has relocated from Louisville to Texas to be with his mother during his recuperation, and last week they traveled to Houston for what turned out the be the first of multiple surgeries.

Here is a photo of Jacob just prior to the procedure, which happened on February 22: 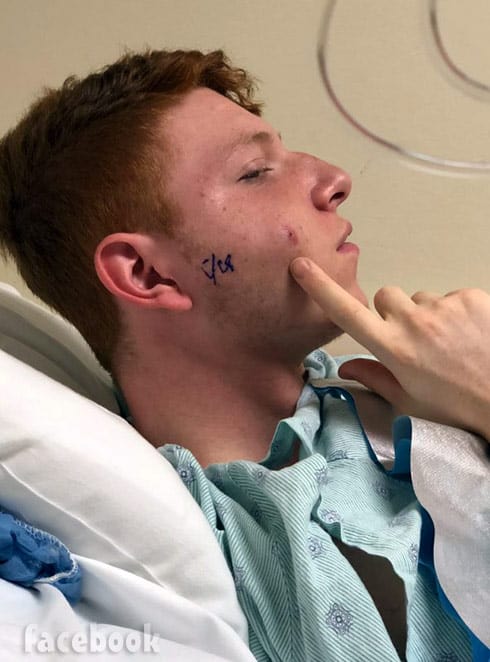 Immediately after the surgery, Jacob’s mother shared this update:

The bullet is out but there is major damage to the muscle and glands. Jacob will be starting aggressive occupational therapy asap. We thought the bullet was causing him not to open the jaw but in fact it was ripped muscles and damaged tissue.

What we thought was the bullet in the cheek area is really a large crater full of puss and damage tissue from the blast. The bullet flattened itself and had slid right up beside the mandible.

This could have been worse so we will take each day as it comes. Looks like we will both become very familiar with the Houston medical center.

He will soon be in recovery.

The next day, Jacob’s dad David shared another update along with this Jacob-approved photo: 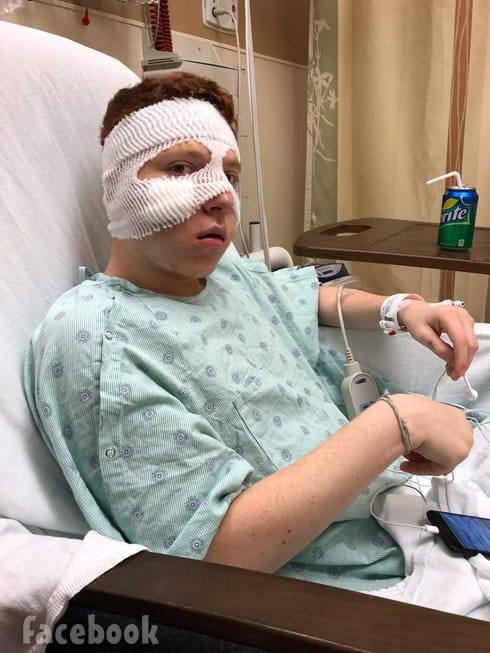 I wanted to give an update on my son Jacob. He had surgery yesterday down in Houston. The damage to the muscles in his face are more severe than 1st thought. The main part of the bullet was removed. Please keep him in your prayers as the road he has is going to be long and hard. Thank you all again for the prayers, messages and thoughts.

Even Jacob himself got in on the updates as he posted a selfie on Instagram and captioned it by writing: “I’m out of surgery worst pain I felt in a long time.”

Here’s the selfie, obviously with the image flipped: 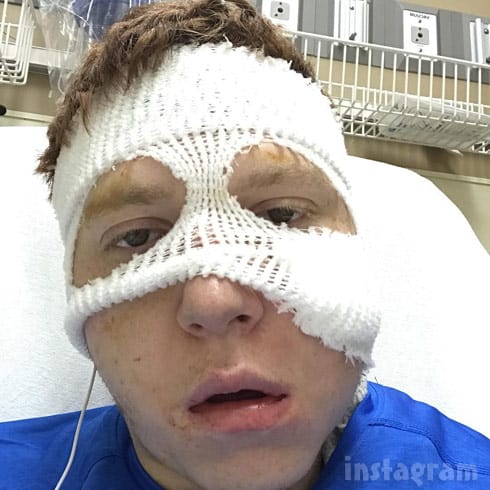 Jacob was scheduled to undergo another surgery today, and we have yet to get an update on how that went. Yesterdy, Jacob’s mother shared this information about today’s procedure:

He has to have surgery tomorrow to have a drain put in. He is accumulating fluid in the wound from the gland that was impacted from the bullet. His wound cannot heal with all the drainage. Then OT and speech therapy will begin as well. He will have to put bite blocks in his mouth to start trying to get it open. I think I am still in shock from all of this.

That is the latest we have on Jacob’s most recent surgery.

POST-SURGERY UPDATE FROM JACOB’S MOM – Jacob Toborowsky surgery went well. The wound is draining and the swelling is already going down. He is feeling a little better. Ate an ice cream and shake on way home and 3 plates of mashed potatoes and Mac and cheese when we got home. We had 1 creme brûlée left over, that he inhaled lol. He has been resting a lot today. I can definitely tell he is starting to feel better. ???. I’ll take these small wins for sure. Thank you so much for all of the love, support, kind words, text messages, phone calls and prayers.

Meanwhile, back in Kentucky, David say that the friend who shot Jacob has been charged with a crime. “The Commonwealth of Kentucky charged the other kid with 1st degree assault and will go before the grand jury next month,” he reveals.

Our thoughts are with the Toborowsky family. Certainly everyone is grateful that Jacob was so lucky to have not been more seriously injured, but the healing process in addition to the legal fallout sounds beyond difficult. As I mentioned in our previous post, Jacob’s mother extended her gratitude to David for his help dealing with the aftermath of the shooting, and we are hopeful that one silver lining from this tragedy will be a reconciliation between David and his family.