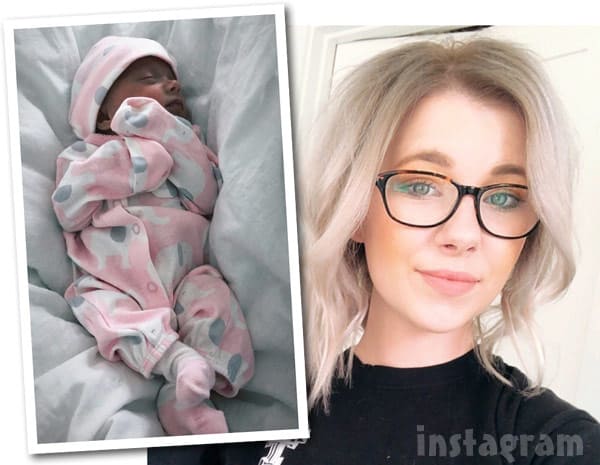 16 and Pregnant star Lindsey Nicholson’s twin daughter Paisley continues to have health issues after being born more than two months early in late October. It appeared as though things had taken a huge turn for the better the last time we checked in earlier this month, and soon after that, Paisley was even able to go home for the first time. But, some recent test results were not good, and Lindsey has left Lubbock once again to fly back to Houston with Paisley for more tests and a potential transplant.

Here are some of Lindsey’s updates over the last couple of weeks arranged chronologically:

JANUARY 12 – Paisley Update- we are all back home safe & sound from the hospital! Paisley started eating and the colic medicine worked. Doctors do not want her back at the hospital since they couldn’t put her back in the NICU. Once a baby leaves the NICU they are considered “dirty”. They had to put her in pediatrics. Which is probably the worst place a premature baby could possibly be. So much RSV & Flu this year. If she were to get either of those she wouldn’t be okay. If she stops eating again I will use a feeding tube at home so she doesn’t go around sick people. (She hasn’t needed the feeding tube since being home though) We are home until we get the call from her specialist that it’s time to drive/fly Paisley down to Houston which will probably be next week. That way she’s not in a hospital any more than she absolutely has to be. I’ll keep everyone updated as we know more . Thank you for the prayers ??? 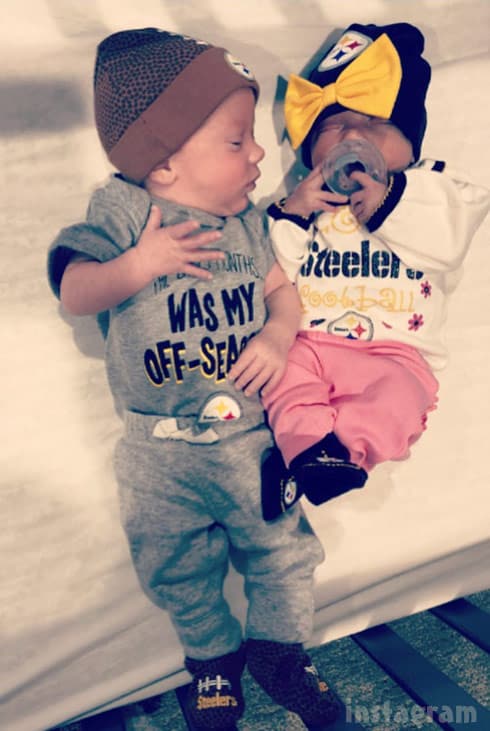 JANUARY 14 [With photo of Paisley and twin brother Jackson above] – What time is it?! Game Time! ? #steelers #steelernation #twins #29weekers #13lbsvs7lbs

Jackson is a big baby. Paisley is actually normal size. Lol you have to look at it like they are only 7 days old since they were born so early. My due date was 1-7-18 that’s what you go off of for everything until they turn 2. The NICU was used as an artificial womb for them.

Ps-Aniyah has the flu or else she’d be rocking her steeler jersey with them??

JANUARY 21 – Update on Sweet P- Paisley got a new set of lab work done last Monday. Her GI doc & her liver specialist were extremely hopeful and figured her numbers would be right where they should be since she doesn’t really look “yellow”. Well boy were we all wrong. All of her liver levels have gotten extremely worse. I’m talking more than doubled some even tripled. With that being said, today Paisley & I will be flying to Houston to meet with her specialist to figure out more of what’s going to happen and what to do. At this point we just want her to receive the transplant and be able to move on with life. I’ll update everyone when we know more ??