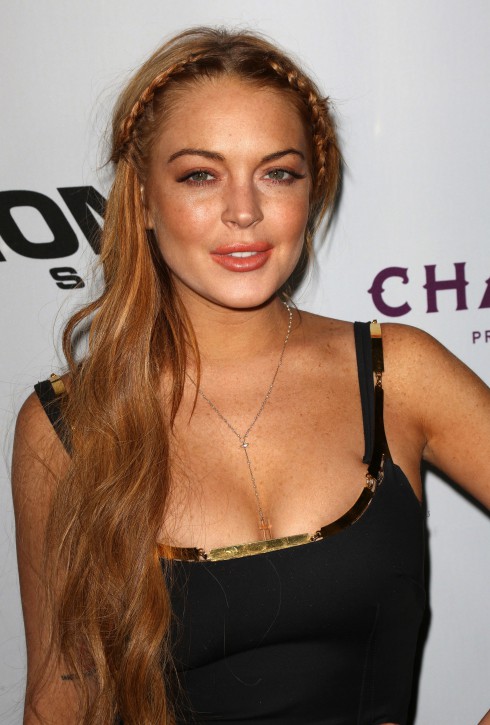 Lindsay Lohan is currently in rehab where she is attempting, for the umpteeth time, to kick her addiction to drugs and alcohol. When she leaves, she will quickly return to the spotlight in both an exclusive interview with Oprah Winfrey and her own eight-episode docu-series on OWN.

“OWN will air an exclusive interview with Oprah and Lindsay Lohan that will tape and air in August and an eight-part documentary series with Lindsay for 2014,” an OWN spokesperson confirmed to Entertainment Weekly earlier this afternoon.

Lindsay will be followed by OWN cameras as she tries to get her life and career back on track following rehab all while remaining clean and serene.

Scoring Lindsay’s first post-rehab interview is big for Oprah, but hosting her first reality series is even bigger. For years, Lindsay has turned down the idea of doing any sort of reality show, opting to instead focus on her acting. She even turned down a reported $550,000 to appear on Dancing With The Stars.

Lindsay’s family, including mom Dina and sister Ali, starred in their own reality series on E! from May until July of 2008. While Lindsay was discussed several times on the series, she wasn’t part of the cast.

Since entering rehab, Lindsay has stayed in the news. Shortly after she began treatment, reports surfaced claiming that she was threatening to leave because staff refused to give her Adderall. Then, just last week, it was reported that Lindsay would go into hiding somewhere away from the big cities she’s used to post-rehab. Perhaps that will be where her show is going to be shot?

Lindsay is expected to leave her court-ordered treatment program on July 31.

The series will begin airing in 2014.