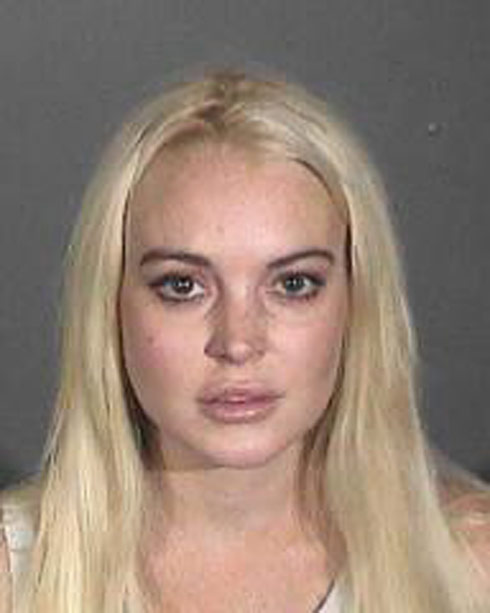 LiLo was sentenced on Wednesday to community service at the Los Angeles County Morgue after her probation was revoked by Superior Court Judge Stephanie Sautner, who was disappointed in Lindsay’s lackluster attempts to complete her previous sentence of 360 hours of community service at the city’s Women’s Shelter. Lindsay was ordered to perform two working shifts (8 hours a day) twice a week until he probation revocation hearing scheduled for November 2.

Her first shift was supposed to begin this morning at 7 AM, but Lindsay Lohan didn’t arrive until approximately 7:20 AM. In an official statement released by Lindsay’s publicist, Steven Honig, the tardiness was attributed to confusion:

Lindsay arrived at the morgue approximately 20 minutes late and will be returning for orientation tomorrow. Her lateness was due to a combination of not knowing what entrance to go through and confusion caused by the media waiting for her arrival. Lindsay spoke with the supervisors at the morgue. They showed her how to get in, and everything is all cleared up.

As usual, Lindsay caught a break as Chief Coroner Craig Harvey said she had not been turned away from the program altogether. If Lohan shows up Friday on time, she will be allowed to work and perform her community service, Harvey explained.