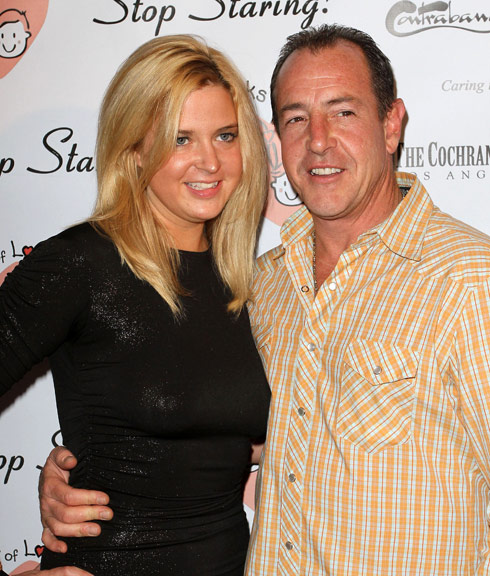 Not only is Lindsay Lohan about to have her alledged former assistant become her stepmom, but she might soon have a new sibling on the way!

Papa Mike tells Hollyscoop that he and Kate Major are trying for a baby “four times a day.” Whoa, after that statement Lindsay probablyneed bed trays, soda crackers, ginger ale, and strict bed rest (she probably needs rehab too, but that’s another story).

Despite all of his media antics that really pant him out to be one of the worst parents of all time, Michael Lohan is a traditional man. He waited to propose to Kate until he could ask for her father’s blessing. Apparently her father doesn’t have access to the internet, or the supermarket, because he said yes.

Maybe if Kate can’t get pregnant, they can really round out this ragmag psycho-drama and use her former boyfriend Jon Gosselin’s sperm. His have definitely been up to the task before.