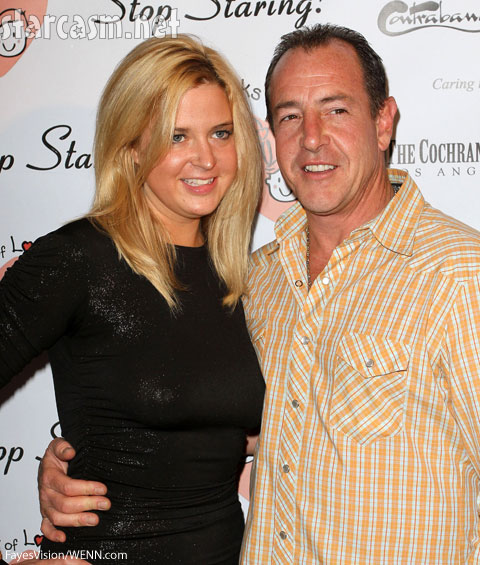 This morning while Lindsay Lohan was in court her new baby brother Landon Major Lohan was born to Kate Major and Lindsay’s dad Michael Lohan at 11:39 a.m. PST.

When news broke that Kate was pregnant last July, it was obvious that Kate has become pregnant with Michael’s baby while she had a restraining order against him. The one-time fiances have had a difficult relationship for years, with allegations of physical abuse on both sides.

Even though they went through some tough times together, from Kate’s Twitter account, it looks like they’re together now. Kate tweeted: “Morning ! Hanging with my love – @MichaelJLohan -can’t believe it’s the end of January already! #2013isamazing.”

Kate met Michael Lohane through Jon Gosselin, who she briefly dated in 2009. Kate met Jon because she was working for Star Magazine, and was assigned a story on him. When she met him, she said she couldn’t write about him because she had fallen for him, and left the magazine. At the time Jon was spending a lot of time at Michael Lohan’s house, and Kate joined him there.

This November Lindsay found out she had a secret teenage sibling from an affair Michael had when he was still with Lindsay’s mom Dina.

At the hearing today, Lindsay was given a court date of March 18, 2013 to defend herself against allegations of lying to police, reckless driving, and obstructing officers from performing their duties.