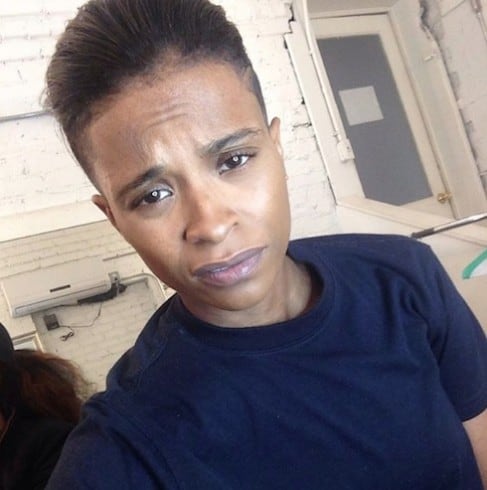 Is there a Stevie J feud brewing with former boo Mimi Faust? It looked like the two Love & Hip Hop Atlanta stars were on a collision course earlier this week, thanks to an unflattering comment Stevie made about Mimi’s new girlfriend. Mimi made the surprise reveal of girlfriend Chris Gould–pictured above–during this week’s Season 5 premiere of LHHATL; thanks to some clever misdirection by the show’s producers, fans were fairly shocked to see that Mimi is now dating a woman. 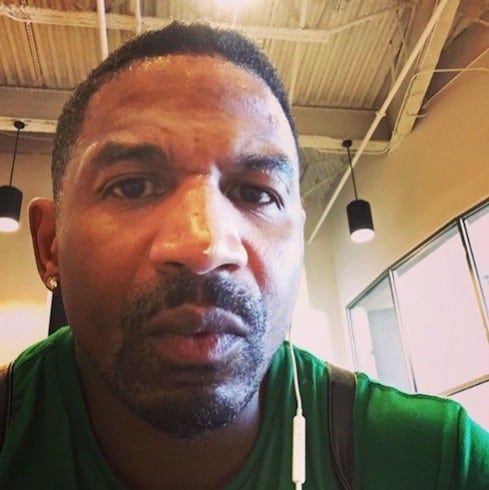 Reaction to the reveal was almost all positive on social media, though, and that was also the case on LHHATL, where Mimi’s castmates appeared supportive. The only real holdout, though, was Mimi’s baby daddy Stevie J, who sounded troubled by the relationship. He spoke to TMZ about Mimi’s choice, and expressed fear for the child the two share custody of: “He says he doesn’t want his little girl being raised in a lesbian household,” the site reported, “and thinks that’s only a job for a dad and a mom.”

Furthermore, TMZ’s headline suggested that Stevie had called the relationship “gay stuff,” though that quote doesn’t appear in the article. What does is the allegation that “Stevie thinks Mimi’s only deciding to be lesbian for a good story line.”

Mimi decided to keep things classy, though, and took the high road with an indirect response on social media:

In 2016 we should not be using gay and lesbian as a way to degrade someone. Someones sexuality is not a reflection of their character and more importantly what type of parent they are. The most important thing is that the child feels love regardless of whether it comes from a man or a woman. We should continue the strides we have made over the last 50+ years and allow people to be who they are. ????❤️

In fact, the attitudes of both parties in the potential Stevie J feud look like things might have already calmed down. Stevie hasn’t addressed the topic directly since the TMZ story, but has been unusually positive and conciliatory on Twitter since the Love & Hip Hop Atlanta Season 5 season premiere:

All I care bout is winning for my family!

A wise man makes change but a fool remains the same. Be wise!

RELATED ARTICLES: LHHATL Season 5: Are Stevie J and Mimi Faust back together?