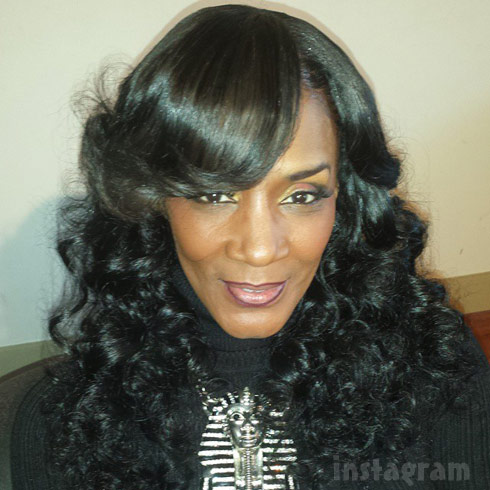 Momma Dee from Love & Hip Hop Atlanta was hospitalized earlier today after being involved in a serious car accident in Atlanta.

Momma Dee (real name Deborah Bryant, born Deborah Gaither) was reportedly catching an Uber ride home from lunch this afternoon when the vehicle she was in was rear ended by a man driving a Nissan. Momma Dee spoke with TMZ (because the first person a celebrity should call after an accident is TMZ!), and tells the site she “is in severe pain and believes she’s injured her back.”

TMZ’s post went up a couple of hours ago and stated that Momma Dee was in an ambulance headed to the hospital at the time.

The driver o the Nissan reportedly exchanged insurance information with the Uber driver but left before police arrived on the scene. TMZ confirmed that one person was being taken to the hospital and that she made it very clear she’s a celebrity.

TMZ posted a photo described simply as “the scene” taken in the parking lot of the Tattletale Lounger at the intersection of Piedmont Rd NE and Lambert Dr. NE.

Momma Dee has yet to mention the accident on Twitter with her last tweet being from this morning.