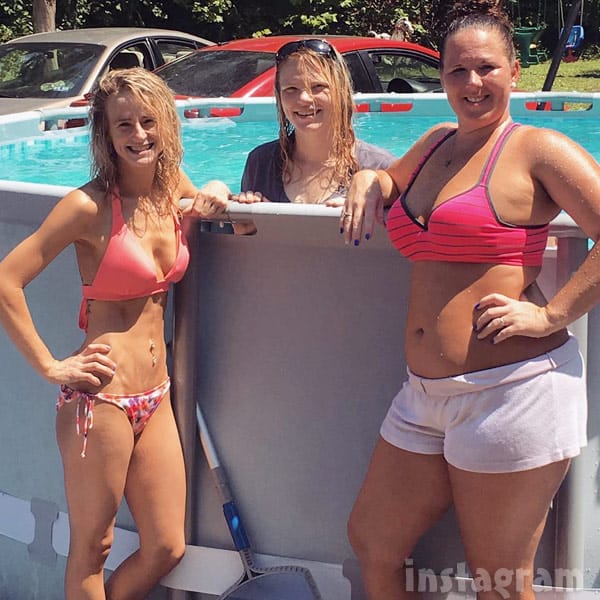 Teen Mom 2 star Leah Messer joined friends and family for some swimming pool summer fun over the weekend, and she shared numerous pictures, including one picture in which she is sporting a bikini and looking quite thin — perhaps WAAAAY too thin judging from the commenters and blogs!

In the photo (above), Leah is seen standing beside an above ground pool with a couple of her gal pals and she captioned the photo “What would I do without my boos!? #sisters #cousins #Family #Pool #Summer2016 ❤️” Leah has clearly lost some weight, and her frame is quite toned to say the least. Here is a cropped and zoomed version:

I won’t bother to share examples of the comments left on the photo, but I will point out that Radar Online did a story about the picture that they labeled “Skin and Bones” and titled “Leah Messer Debuts SCARY Skinny Body In Barely-There Bikini: ‘She Looks Sick!’”

Here are a couple side-by-side bikini photos of Leah for comparison — the earlier one being from 2012: 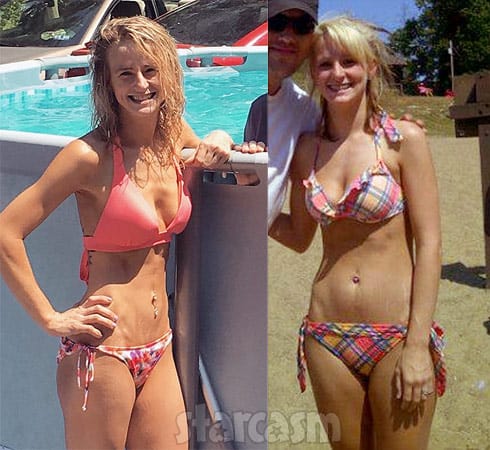 Personally, I don’t think Leah looks unhealthily thin or anything in the new picture, but I do think it is a bit concerning because she has never really seemed to be all that into fitness — and I think to be that toned in a healthy way (as opposed to just not eating much at all) would require a lot of working out. Leah was dating physical trainer T.R. Dues there for a while, so perhaps she has been spending a lot of time at the gym? If so, we’ve seen nothing much about it on Teen Mom 2 or social media.

UPDATE – Leah Messer responded to the concerns about her weight in a statement to Refinery 29:

“First and foremost, there is much more to women than our bodies,” Messer said. “Yet many women seem to continually judge others, not by their character, but by their bodies. There are many more important issues going on in the world today than whether or not I had enough to eat for breakfast. (Side note: I had plenty.)”

Messer continued, “We should be focused on spreading love and kindness instead of mean-spirited bullying. Thankfully I am in a beautiful place in my life raising three wonderful, kind, loving and confident little girls. The last thing I would want for them is to feel that they, too, could be ridiculed for their bodies. So let’s stop with the shaming, start supporting one another, and focus on what really matters.”

Annnnnnnnyways… Let’s wrap this up with some non-controversial summer pool fun: