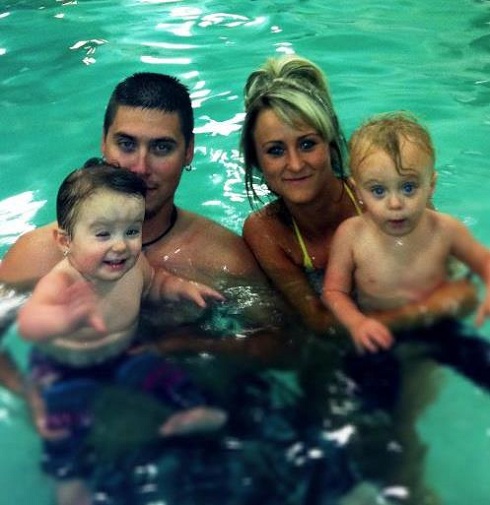 Teen Mom 2‘s Leah Messer-Calvert is currently married and expecting a baby with her husband, Jeremy Calvert, but her road to happiness hasn’t been easy. Leah, who is just 20-years-old, is on her second marriage and has two children with ex-husband Corey Simms, who she cheated on just days before their wedding.

Most of her story has been seen on episodes of 16 & Pregnant and Teen Mom 2, but in case you missed anything, we’ve got all of the details of her love life laid out in a timeline starting with the moment she met her first husband. 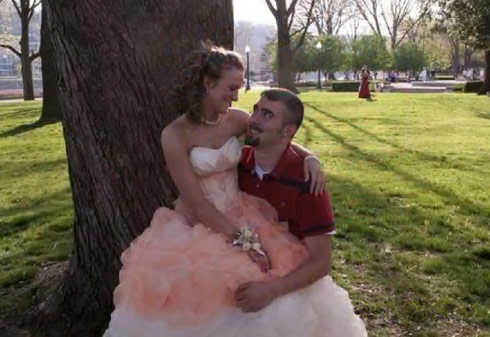 Early 2009 — Leah and Corey begin dating and just one month later (after a wild prom night hook-up), Leah discovers she is pregnant.

Early 2010 — Leah and Corey break up and Leah begins seeing her ex-boyfriend, Robbie Kidd. Just weeks later, she changes her mind and tries to win Corey back. It works and Corey proposes shortly after their reconciliation. 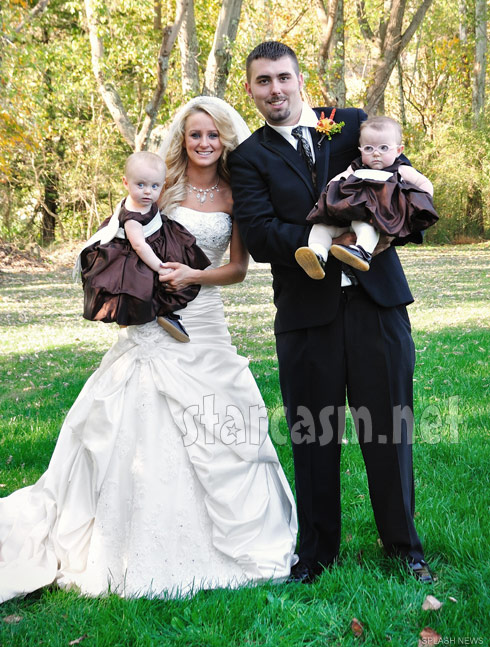 April 2011 — Leah admits to cheating on Corey with her ex-boyfriend Robbie Kidd just days before they wed. Robbie went on to tell OK! Magazine, “I went over to her house after her [bachelorette] party died down. Her friends were still there — Leah and I went into her sister Victoria’s room, we talked a little and then we slept together.” Days after telling Corey what she had done, Leah files for divorce.

June 2011 — Leah and Corey’s divorce is finalized and Leah  goes public with her relationship with Robbie. 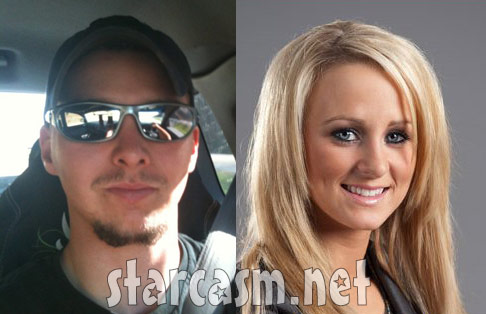 July 2011 — Leah meets and begins dating Dusty Haas but their romance is short-lived and weeks later, they split. 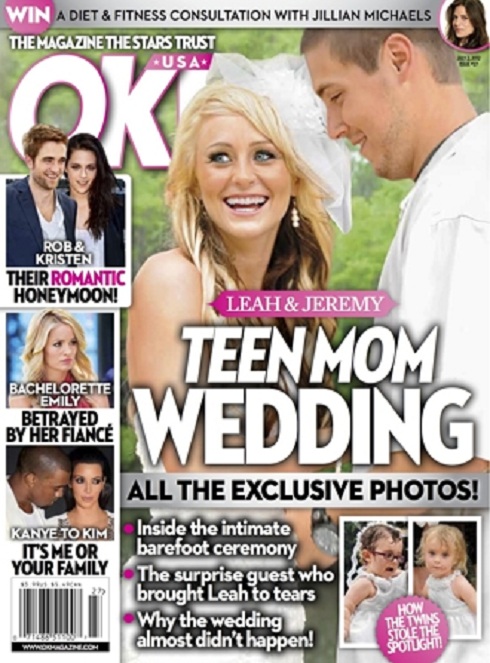 April 2012 — Leah marries Jeremy in a small ceremony in Kentucky. MTV cameramen were present and the couple’s big day will be featured on an upcoming season of Teen Mom 2.

October 2012 — Leah and Jeremy announce that they are expecting a baby.

Leah Messer-Calvert and the rest of the girls of Teen Mom 2 return in season 3 on Monday, November 12.

CLICK HERE to go back to the beginning and watch Leah’s 16 & Pregnant episode.

REPORTS MTV will soon have three docuseries about pregnancy and motherhood