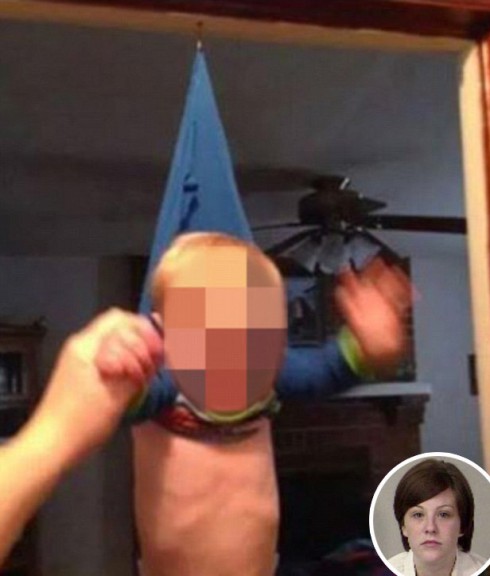 An 18-year-old mom from Virginia has been arrested after a photo of her dangling her crying 14-month-old son from a hook was posted to Facebook.

Alexis Breeden was arrested Thursday after the image came to the attention of the Spotsylvania County Sheriff’s Office. Here is their official press release providing details of the arrest: 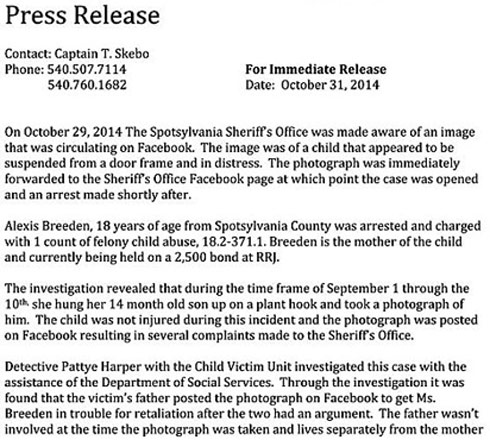 As the report indicates, the child’s father, Anthony Welch, shared the photo as a means to demonstrate that Breeden wasn’t the great mom she claimed to be. “Everybody think that alexis is a good mom this is what she sent me tell me wat the f**k yall think,” he wrote on Facebook according to TSG.

Breeden didn’t seem too bothered about all the negative feedback she got when she replied via Facebook, “They [the police] think this was immature and dumb of me but saw I was playing and no one needs to know everything going on because some of you aren’t parents and no one knows the full story.” She later added, “Mind your own f***ing business.”