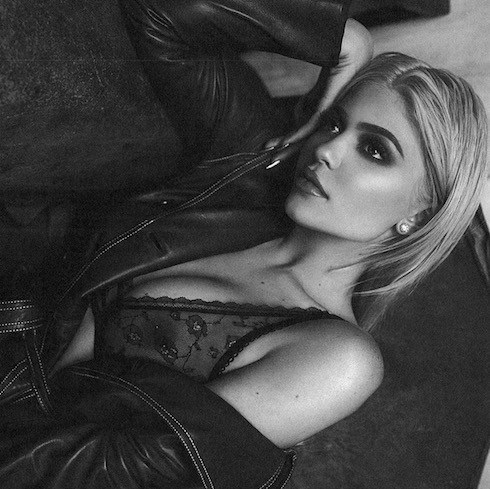 Kylie and Travis’ relationship has gotten serious in a big hurry–and one of the ways you can tell, say observers, is the fact that she’s already spending on him like he’s Tyga. Last week, we reported that Kylie Jenner’s 2017 net worth is enabling her to drop $125,000 per month on a Beverly Hills mansion while her Calabasan castle undergoes an eight-figure renovation, and that she’s so hungry for “Travis’ presence” that she’s invited him to stay the summer in her new digs.

Now, a new report details some of Kylie’s extravagant spending in Travis’ name. She’s apparently already dropped $19,700 on the Patek Philippe Caltrava watch she gave Travis “on the two-week anniversary of their first kiss.” And, since he expressed interest in the $400,000 Lamborghini Aventador she bought for herself earlier this year, Kylie’s also offered to snag another one of the cars for Travis.

And it seems the offer to have Travis live with her doesn’t stop with her summer rental: Kylie has “given him his own room at her house to turn into a studio,” says the report’s source, who further explained that Kylie has *also* given Travis a set of keys to the Aventador.

So, it would appear that the many “wise” cosmetic surgeries Kylie has undergone are paying off. In addition to netting approximately $4,000 per episode of Keeping Up With The Kardashians–and getting her own E! reality show spinoff–her relentless pursuit of Instagram product placements helped boost Kylie Jenner’s 2017 net worth well into the eight-figure range. Forbes estimates that Kylie earned $18 million in 2016 alone (she was the second-highest earner in her family, behind only Kim Kardashian), thanks largely to her Kylie Cosmetics line and her lucrative endorsement deals with Topshop, Puma, Sinful Colors, and PacSun.

As for things with Travis, Kylie’s already met his immediate family, and they seemed to hit it off splendidly. “Travis’ family loved Kylie[;] they think she’s a total sweetheart,” a source told Hollywood Life. (The two parties came together at the Houston Rockets’ blowout elimination loss on May 11th.) One of the reasons Travis’ family took to Kylie? The fact that she’s independently wealthy: “They love that she is so successful in her own right, it makes them confident that she’s with Travis for all the right reasons, and that she’s not using him for fame or fortune.”