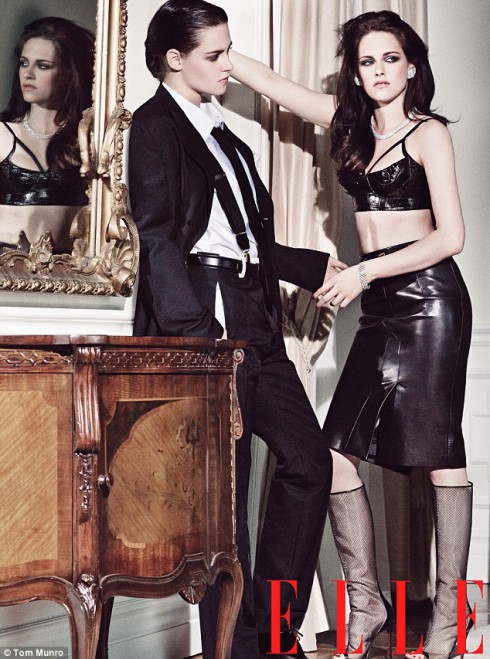 I’m gonna be honest: I was never quite into the Twilight movies, and Kristen Stewart’s acting (and sometimes her behavior in interviews) never wowed me, but I’m excited to see Snow White and the Huntsmen.

Now Kristen is intriguing me even more with this doppelganger drag shoot for Elle magazine. It’s not that this concept is in any way original, but Kristen does a mean drag. In fact, she looks prettier wearing a suit with her hair slicked back. She could probably look killer in short hair. 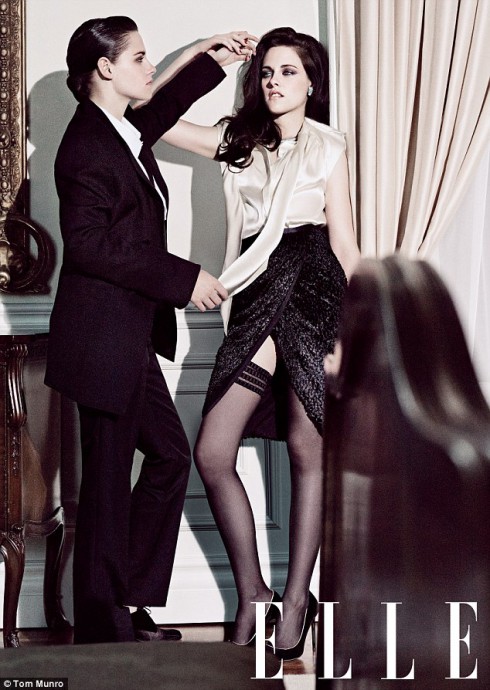 Combine this with her crazy lace number at the London premiere of SWATH, which is so hideous it’s awesome. It just assaults you in the face. I’m kinda turning into a Kristen Stewart fan. Pinch me.