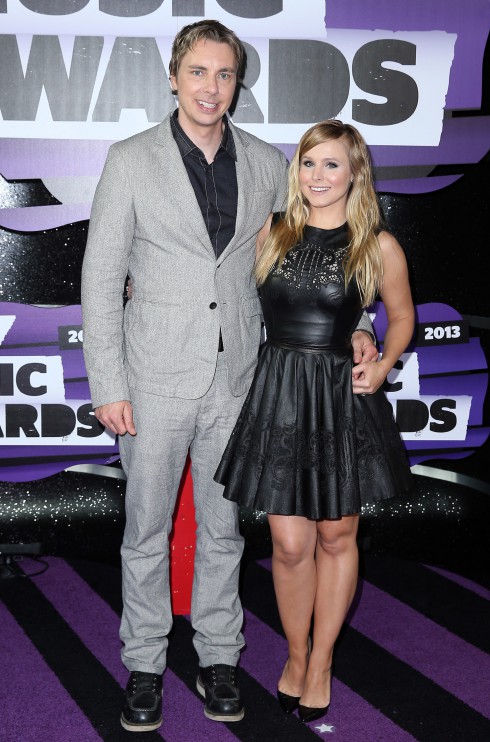 Kristen Bell and Dax Shepard are ecstatic about the news that the U.S. Supreme Court repealed DOMA (The Defense of Marriage Act). The news broke yesterday and right away the Veronica Mars actress took to Twitter and proposed to her baby daddy in celebration.

Dax later went on to confirm that the two will finally be starting to plan to wed after 6 years together. “DOMA is dead. Prop 8 is dead. Now let’s bring my big, gay marriage to @IMKristenBell to Life!!!!” he wrote.

Kristen and Dax, who welcomed daughter Lincoln just a couple of months ago, have been engaged since January of 2010 but decided to postpone their nuptials until the state of California passed legislation legalizing same-sex marriage.

Last summer, while promoting their flick Hit & Run, Dax elaborated on their stance. “We are not getting married [until] everyone else can,” he said. “When that happens, then we will do it.”

“I don’t believe in standing in the way of love, and I want to stand up for that right,” Bell recently told CNN. “And that’s what it is. If someone wants to commit their life to another person, why would I not bolster that argument?”

Also yesterday, Kristen tweeted, “Todays ruling is what we have been waiting for because we stand in solidarity w/our friends.”