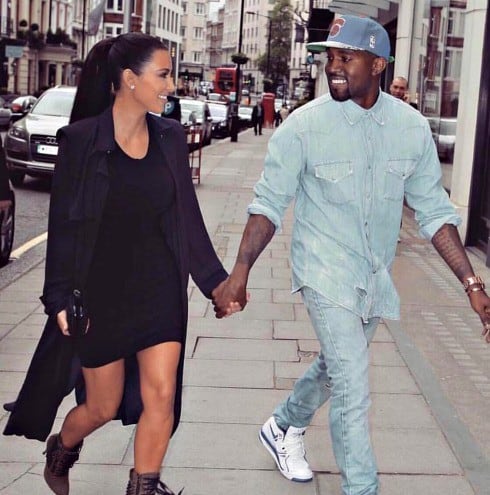 Back in July, we told you about a report that claimed Kim Kardashian and Kanye West are expecting a third baby via a surrogate. Today, that report was confirmed! According to TMZ, the surrogate is slated to give birth to Kimye’s baby, another girl, in January.

If you do the math, that means the surrogate got pregnant sometime in or around April.

As with any surrogacy arrangement, certain stipulations are put in place including physical restrictions and limitations for the surrogate as well as the payment. Some reports say Kim and Kanye are shelling out $45k while other news outlets have claimed they are paying as much as $100,000.

Other stipulations within the contract include:

If there are multiples, the surrogate gets $5k for each additional kid.

If the surrogate loses reproductive organs, she gets $4,000.

Kim and Kanye are also required to deposit $68,850 with the agency.

The surrogate is required to refrain from smoking, drinking and drugs during the pregnancy.

She also agrees to restrict sexual activities in the weeks leading up to the pregnancy, including foregoing sexual intercourse for 3 weeks following embryo implantation.

The agreement provides that Kim and Kanye “assume the legal and parental responsibilities for any child … that may possess any congenital or other abnormalities or defects.”

Congrats to Kim and Kanye!!