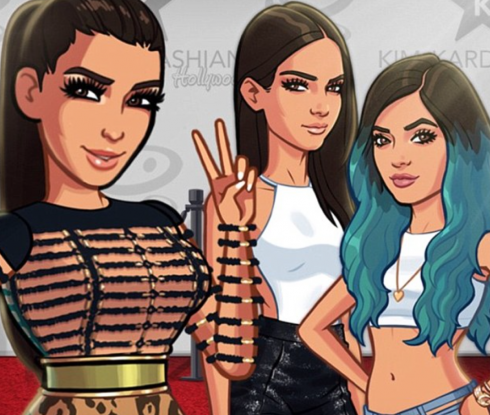 Kim Kardashian’s multi-million dollar app once featured only herself, but it’s grown to include most of her family. Now younger sisters Kendall and Kylie have made their appearance, along with a Malibu location. The men in Kim Kardashian’s world haven’t yet been featured, but with Bruce Jenner transitioning into a woman, is her story going to be the next quest?

Kendall appears with a sleek look, and Kylie’s rocking her blue locks and a bare-midriff. They life together in Malibu, where players can purchase their own beachhouse for a relatively cheap $7,500 in game cash. The girls’ storyline involves working with them on a new novel.