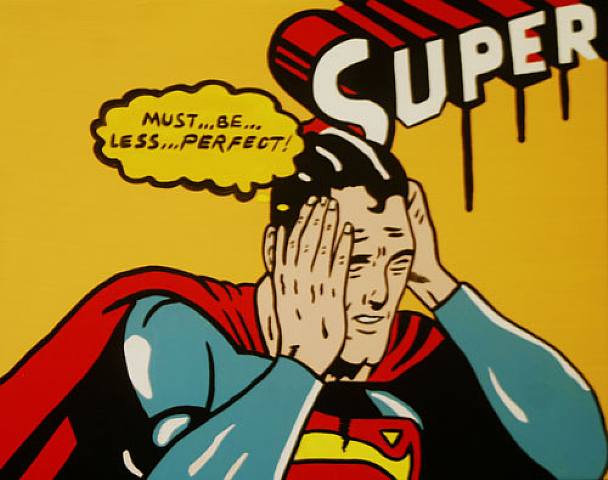 “Everything is a cartoon for me. The ancient manuscripts are taken very seriously but they are really cartoons.”
~Ronnie Cutrone

PR Power Girl Kelly Cutrone is at the top of her game, and is becoming a staple brand with a Bravo show Kell on Earth and a memoir/advice book If You Have to Cry, Go Outside, and she’s had a wild & interesting life which includes marrying pop artist Ronnie Cutrone in 1986, when she was only 21 years old. Ronnie, a former assistant of Andy Warhol who became widely known in the art scene on his own right, was 17 years her senior and they had a rollar coaster romance that broke her heart. Ronnie specializes in giant paintings of familiar popular cartoon characters like Woody Woodpecker, Felix the Cat, and Superman. 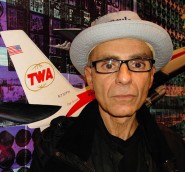 This was back before People’s Revolution and The Hills and The City and black clothes and no makeup. Back when young Kelly Cutrone married used to be a skinny (from too many drugs) drunk girl couch surfing around New York City fakin’ it to make it when she fell for the dream of marrying Ronnie Cutrone, which took place in a hilarious. In her book, Kelly reveals that she felt deeply for Ronnie and was still in love with him when the relationship ended.

Kelly cites the major factors that led to her marriage dissolve were Ronnie’s depression, his resentment at her success, and when Ronnie convinced her to have an abortion because he didn’t have enough money saved for a baby. At some point when Kelly forgot her keys, Ronnie made her call and pay $600 for a locksmith while he was sitting inside. But the drama really piqued when Kelly decided to leave him, and he caused a scene that made the Page Six presses hot the next morning; he put a German dagger to Kelly’s throat and called her parents to tell them he was about to kill them both. Soon after that little number he pushed Kelly down some stairs at her office.

Despite all that drama, Kelly and now 60-year-old Ronnie are still friends, and he still crashes on her couch when he needs a place to stay. Kelly had a nervous breakdown after her divorce from Ronnie, later married actor Jeff Kober whom she later divorced. She had a brief relationship with an Italian model who left her three months after she got pregnant with her daughter Ava (9).