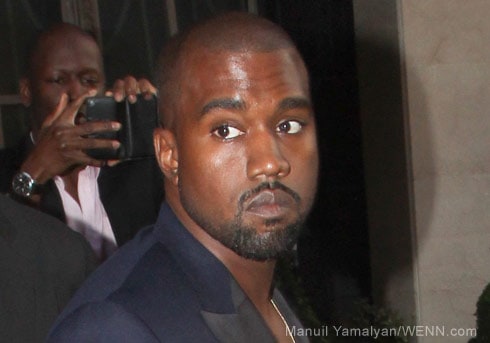 Kanye West was scheduled to get out of the hospital on Monday, but as numerous sites reported this week, doctors did not feel he was read to be released and he remained at UCLA Medical center with no new release date scheduled. A major news outlet is now reporting that doctors cleared Kanye to leave yesterday and he left the hospital last night!

X17 Online broke the news moments ago. “Sources tell us doctors cleared him to leave yesterday evening after determining that he had stabilized,” the site says. They spoke with a source that tells them “Kanye couldn’t take being in the hospital anymore. It made him feel like he was going crazy. Kim wasn’t there all day; she was home with the kids, so Kanye was lonely and it wasn’t helping his situation.”

The source adds that Kanye will be receiving out-patient treatment, but it is still unclear what Kanye’s exact diagnosis was.

UPDATE – TMZ has since confirmed that Kanye West is out of the hospital and back at home. “We’re told he left the hospital under the care of Kim, and his personal physician, Dr. Michael Farzam … who called 911 the day Kanye was admitted,” the site reports. They describe Kanye’s medical issue as a “nervous breakdown” which people close to the rapper say was “triggered in large part by the anniversary of his mother’s funeral.”