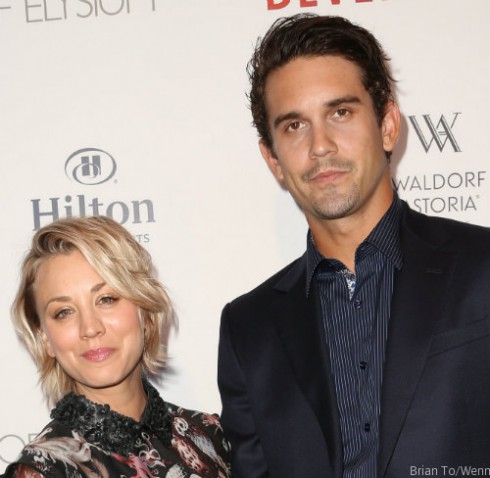 Kaley Cuoco and Ryan Sweeting are probably regretting their matching wedding date tattoos right about now: the pair announced today that they are divorcing after 21 months of marriage.

“Kaley Cuoco and Ryan Sweeting have mutually decided to end their marriage,” The Big Bang Theory actress’ rep said in a statement. “They ask for privacy at this time. No further statement will be issued regarding this matter.”

The pair have been subject to several split rumors since they wed on Dec. 31, 2013, after a whirlwind romance. In April, Kaley slammed those reports on Instagram.

“All of you who take it upon yourselves to trash our marriage, daily workings of our relationship and everything in between, go ahead and keep doing it, cause it only makes us stronger,” she said, after praising her husband. “If you were smart, you would take a look at your own marriage, relationship, job etc, instead of focusing on someone else’s.”

She’s since deleted that post and all others regarding Ryan. Her latest Instagram picture is of her dog and a drink…she captioned it “#mood.”

Ryan’s scrubbed his Instagram page and disabled his Facebook. They are no longer following each other on social media.

Further proving things went south pretty quickly, Kaley said just this week on Watch What Happens Live! that Ryan and ex-boyfriend/co-star Johnny Galecki get along great. “Ryan loves him. Johnny loves [Ryan],” she said. “It’s been a long time, so it’s great. I got lucky! That could have been horrible.”

Lucy Hale and Chris Zylka break up, he says “she decided she was too good”