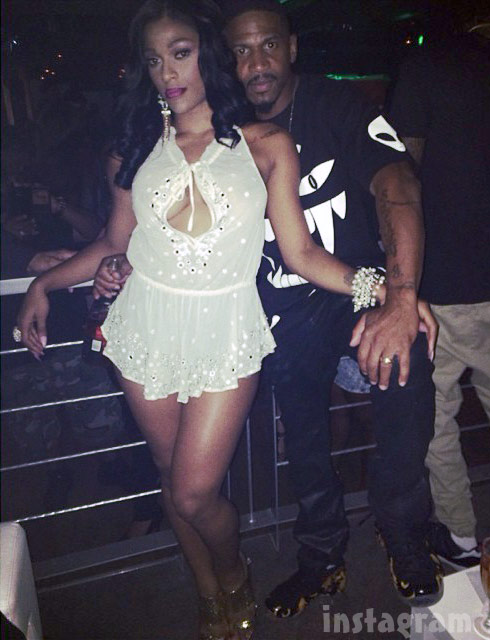 Just a little over a month after Love & Hip Hop star Stevie J announced he and his wife, Joseline Hernandez, would be getting their own spin-off show, the reality star seemed to reveal THE major plot line for the first season in a radio interview yesterday: Joseline Hernandez is pregnant!

Actually, Stevie J didn’t actually say that in his conversation with V100.7’s Reggie Brown, but yeah, he pretty much said that.

Reggie Brown: I see that ring on your finger, man. It must mean that marriage is true!

Stevie J: Yeah, it’s all real, you know what I’m saying? We got a new addition with the family, too, but I don’t want to say too much…We’re extending and expanding the Jordan family, if you understand what I mean.

Reggie Brown: Are you serious? That means that your wifey’s pregnant?

I suppose that could mean they are adopting or having a baby via surrogate too.

Here’s the full interview — unfortunately it doesn’t seem to allow you to fast forward or rewind: