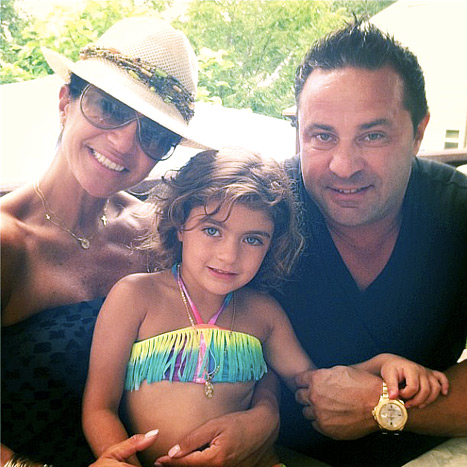 Teresa and Joe Giudice are taking their mind off of their 39-count federal fraud charges by luxuriating in the Hamptons with friend and former Real Housewives of New Jersey cast mate Dina Manzo.

Dina, who has been feuding with sister Caroline Manzo since she left the show in Season 2, has been friends with Teresa for 15 years and has stuck by her through some tough times. The entire cast of RHONJ, including her own brother and sister-in-law, has had animosity towards Teresa for several years, but Dina has remained loyal. Earlier this year Dina defended Teresa in an interview with Celebuzz:

I’ve known Teresa for over 15 years, and the Teresa I know is the one I saw on Celebrity Apprentice. Housewives is somewhat produced and — I hate to say it — set up to put you in a [contrived] situation you normally wouldn’t put yourself in. Would I go to a dinner with Danielle Staub? No, but I had to [contractually] attend that dinner. The Teresa I know is misunderstood. She is somewhat quiet. She’ll go out and have fun with you, but, in 15 years of knowing her, I have never seen her flip a table before. I have never seen an ounce of a temper from Teresa. In these Housewives situations, it brings out the worst and the best in people. There’s a log of egging on behind the scenes.

Just this February Dina divorced her husband of seven years Tommy Manzo after separating from him November 2012 (her sister Caroline is married to Tommy’s brother Albie Manzo.) 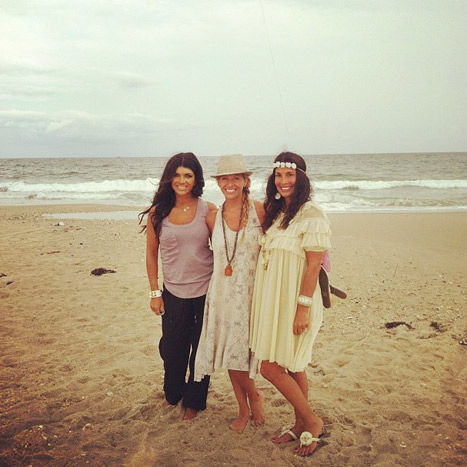 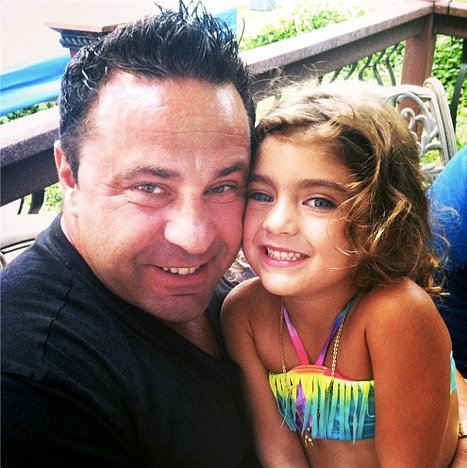 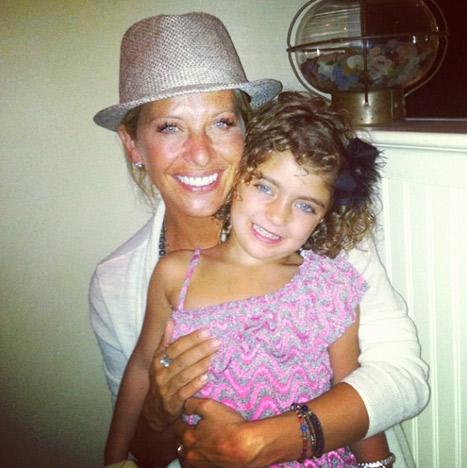 Former Bravo reality star Bethenny Frankel has so sympathy for the Giudices. She told US Weekly

“My first thought today was, ‘Oh, if they weren’t on reality TV, none of this would probably ever be exposed. And it’s just funny how certain people are [like a] moth to a flame. It’s almost like—not that you want to get caught—but people who love to be in the spotlight often have a lot of skeletons in their closet. It’s just an interesting thing. Do I feel sorry for them? No, I don’t. Not so much, because it broke the law. You broke the law and you went on television. That’s not really that smart.”