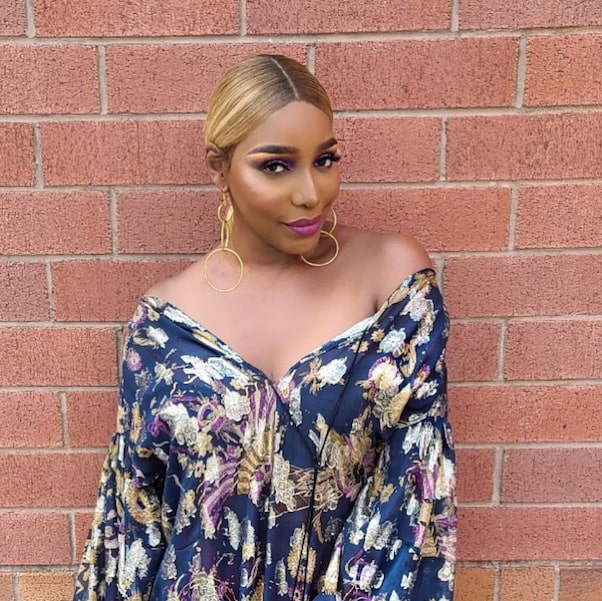 It looks like NeNe Leakes and Andy Cohen might be getting back to playing nice — if only for the cameras. Just days after NeNe went on a truly impressive Twitter tirade, accusing Andy of outright racism and Wendy Williams of being a cocaine-fueled degenerate, it seems NeNe has asked Bravo for a sitdown to discuss some of the finer points of her argument.

Before we get to the sitdown, here’s a bit of necessary context. It’s been an especially rough few months between NeNe Leakes and Andy Cohen (and really the network as a whole), ever since it emerged that while NeNe wasn’t officially fired from the Real Housewives of Atlanta cast, she also won’t be coming back for Season 13. Andy, who’s been doing some behind-the-scenes work on the Real Housewives of Beverly Hills cast to pass the time, recently had Wendy Williams on Watch What Happens Live. And NeNe and Wendy, you may recall, don’t get along so well.

Naturally, the topic of NeNe’s unfortunate RHOA departure came up. And the good people at WWHL have even provided the relevant part of the conversation for our viewing pleasure:

To paraphrase Michael Jordan, that was all NeNe needed. She’s been back on Twitter for a few weeks, and so it was to Twitter that NeNe vented her frustration. In addition to attacking Andy and Wendy’s ratings, NeNe claimed that Wendy shouldn’t talk on TV because of her cocaine use, and called Andy an “ole racist” and “the master manipulator” using NeNe to improve those aforementioned ratings.

As of this writing, all of NeNe’s tweets are still up; you can check them out for yourself. Here’s a sampling: 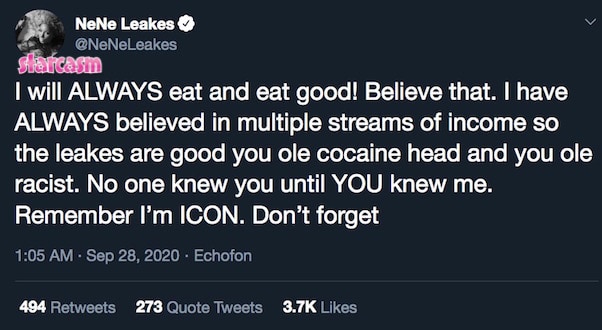 (We should point out that in the past it’s actually been Andy, and not so much Wendy, who’s been accused of having ready access to cocaine, if not necessarily using it himself.)

So — that’s your quick summary of the latest drama between NeNe Leakes and Andy Cohen and Wendy Williams 🙂 Next up, it’s emerged that NeNe would like a proper meeting with the people at Bravo whose names we don’t know because they’re busy running the network. Per Reality Tea, NeNe elaborated upon this wish between teardrops on The Tamron Hall Show. When Tamron reminded NeNe “You said you want to meet potentially with the folks over at Bravo behind the scenes if you think that something can be worked out,” she then asked NeNe straight up, “What do you want from them?”

But NeNe, who did allege problems with systemic racism at the network, could only manage to say that she was interested in “fair treatment.”

While she has a whole legion of fans, NeNe’s conduct on RHOA has also opened her up to plenty of criticism. Meanwhile, neither the higher-ups at Bravo nor NeNe herself have said anything more about whether there’ll actually be a meeting. If I were a network executive, I would make deletion of all the tweets in NeNe’s tirade a precondition to any talks. If those tweets disappear over the next few days, we’ll know something’s up.