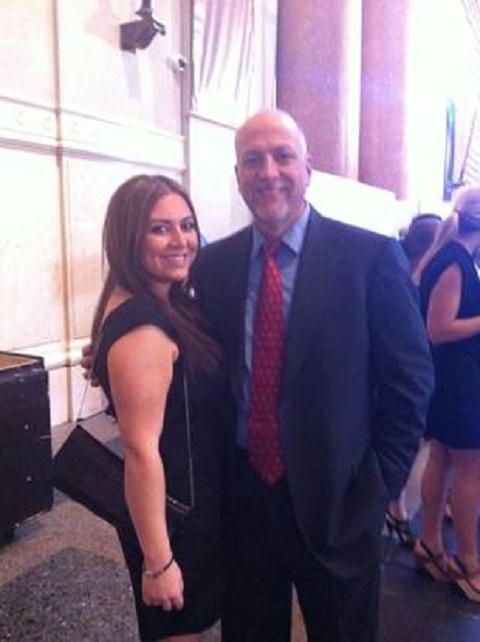 Lauren Manzo, daughter of Caroline Manzo and star of Real Housewives of New Jersey, has recently admitted to undergoing the lap band procedure after struggling with her weights for several years. Manzo previously tried other weight loss programs and diets such as LA Weight Loss, Jenny Craig, and on the show we see her try a drastic egg white diet.  None of these brought the level of success she wanted, so Lauren opted for a surgical measure, a choice her father also made.

“A lot of people are telling me I took the easy way out.” she tells Celebuzz of her decision to get a lap band. “People tell me that I am lazy, but I am not lazy at all — I am in the gym every morning at 6:30 AM to 8: 30 AM.” Manzo adds that even with the lap band, she still struggles with food every day. Being from an Italian family, Manzo is constantly in the presence of home cooked meals —  most of which include tons of carbs. Her mother Caroline even said on the show that she feared her daughter was addicted to food.

5ft. 3in. Manzo, whose goal weight is 115 to 120, admits, “To be honest, I don’t ever remember weighing 120 on a scale. My whole life, I remember always being between 150 and 160. I have always been heavy like that.” Manzo has opened up about her weight struggle on Real Housewives of New Jersey and explains that it has been hard to diet when everyone around her is eating such amazing food. Plus, as all women experience, it is often the men who get to eat all they want and gain no weight — and Lauren is surrounded by them. Between her father, her two brothers, friend Greg Bennett, and her boyfriend, she’s always surrounded by carb-eating men which can be quite the tease.

It may even be fair to say that Lauren Manzo is addicted to food. Just like any addict, she is having to completely re-wire her life in order to stay ‘clean.’ “I eat a lot of protein and vegetables. No salt, no sugar, no carbs and no fat. It really is not easy.” Since she has gotten the lap band, her body often rejects food if she over-indulges.

“Now I cook healthy meals and my mom enjoys them with me,” she says of her current healthy lifestyle. “In the winter, it’s the hardest because we have all the cheese and wine and the pasta, but now nobody wants that because it’s summer.” Speaking of summer, Manzo recently admitted that she hasn’t worn a bikini in her whole life and wants to be in one by the end of this summer!

Right now Lauren’s doing everything right. She is extremely determined and willing to do everything necessary in order to get to her goal weight. We are sure to see this reality star in a bikini in no time!

PHOTOS Coliesa from My 600 Lb Life is ‘okay’ in the ICU after flatlining, coma