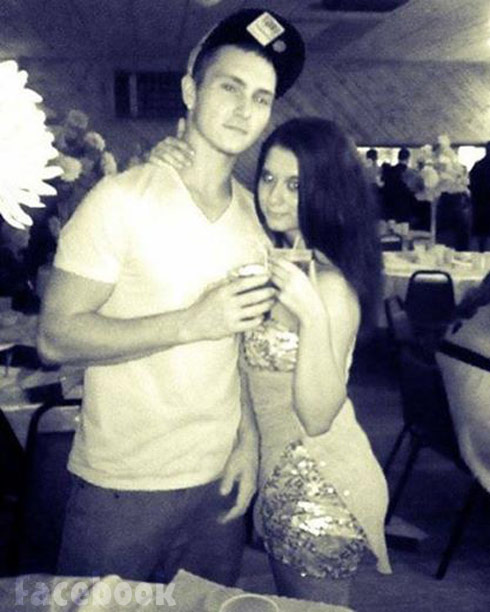 Any fan of reality TV knows that there ain’t no wedding brawl like a My Big Fat American Gypsy Wedding brawl, and it appears that the newest batch of altar-bound Romani lovers are no exception! TLC cameras were reportedly rolling in Farmington, Pennsylvania over the weekend as multiple fights broke out leading to the state police being called and the groom being cited for disorderly conduct.

Bryan Matthew Frost, 21, of Cardale, PA was marrying Alyssa Downs on Saturday when he reportedly “began throwing glass cups at a wall in the restaurant and tried to provoke a fight,” according to a police report obtained by The Tribune-Review. 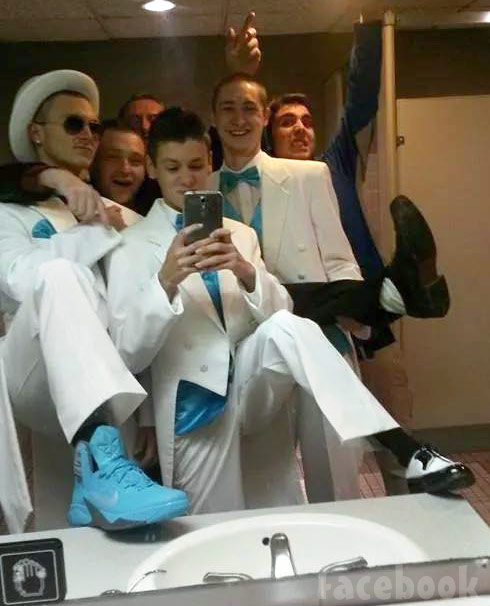 But the glass-smashin’ groom (seen above — in the hat — with his groomsmen the day of the wedding) was apparently not the only one involved in a nuptialtercation! “My daughter’s wedding reception turned into a all out war,” Alyssa’s mom Angela wrote on Facebook later that night. She then added, “I beat Heather Downs crackhead ass n then got ppl to throw me downs 15 cement steps bitch ur rackley ass is gettin it n aint noone gonna stop me this this time ur tooth is stuck in my fist u give me something you’ll end up in a body bag.”

Of course, the Facebook post itself caused a bit of drama as Heather Downs’ brother Mike chimed in, “Ange leave my sis alone she is still pissesed over that name sh*t from years ago.” To which Angela promptly responded with, “Name sh*t Mike wtf u talkin about she came at me n i was beatin her ass n maddy knocked me down the steps if ur sister kept her c**ksucker closed i wouldn’t of hit her she started it i finished it !!!!!!”

Angela then provided a summary of what happened:

Another wedding attendee named Lori shared her first-hand take on the altercation: “I didt even know this b*tch and then I heard her talking sh*t about you I don’t think so.i punched her and some fat man pushed me into the wall.she should of kept that c**ksucker shut if she didn’t want punched.” Lori later wrote, “Ya some b*tch started it and Angela finished it plus there was like 10 others terrible fights.it was something else my poor son that’s 10 was so scared and crying plus other little kids it was unreal.”

It seems Heather must have gotten punched by everyone at the wedding, because a guy named Kaige then added, “Thats right she f**kin punched me in the face for no reason f**k that so therefor I did what I did and just started throwing hands.”

Angela put it all in context pretty well when she later wrote, “It was an all out war everyone fighting n destroying the place well tlc got a good show they got wat they wanted IV never seen anything like it ty all for having my back wish yall was at the wedding but yall get to watch it on tv its f**king insane!!!!”

When asked when the episode will air, Angela said “end of January.”

Ummmmm… congrats to the bride and groom! Judging from their Facebook pages, Bryan and Alyssa have a baby daughter together born on November 5.