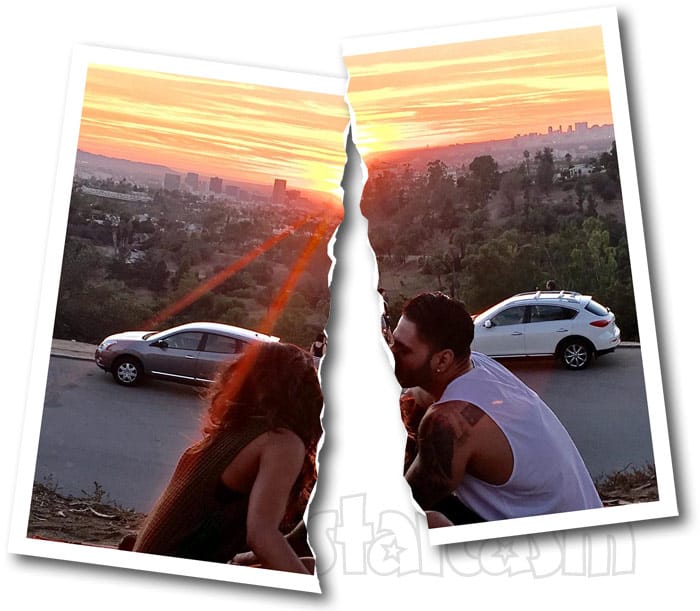 The couple went public with their relationship in December, revealing that their passion fire was stoked while living together filming Famously Single 2 in November. “We had a lot in common from the start and it was an instant friendship,” Ronnika said in a joint statement. “Our support for one another through this challenging experience made us strong in a very short period of time. We had an opportunity to really get to know each other living in such close quarter.” 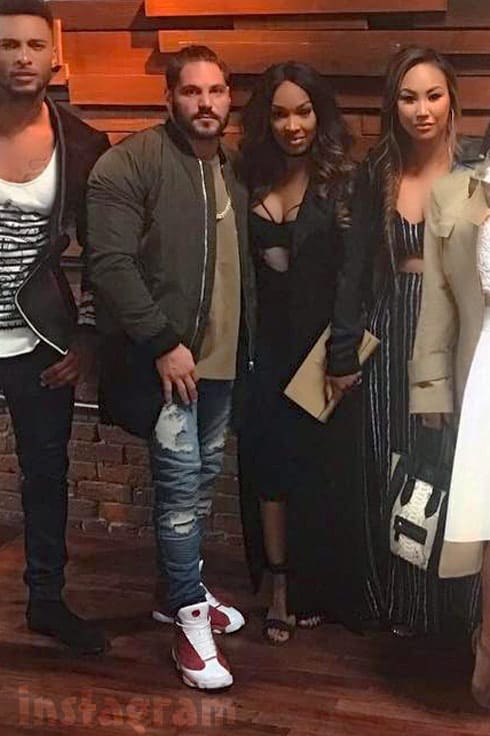 The two had posted several lurvy durvy snaps together on social media, but they have since been deleted.

Us Weekly broke the news of the break up, but they had no details. “Multiple sources confirm to Us Weekly that the short-lived romance between Magro and Haqq is done,” the site reports, with nothing else to add.

For those deeply saddened by this fairy tale reality show romance being derailed, do not completely abandon hope! Ronnie followed in his Jersey Shore co-star Pauly D’s footsteps by appearing on Famously Single and finding a celebrity girlfriend, only to break up with her soon after. But, Pauly D later reconciled with Aubrey O’Day, so if Ronnie keeps following the Pauly D romance blueprint, perhaps a reconciliation is possible? I think one whiff of their own reality show together might do the trick!

Speaking of “stay tuned,” Famously Single 2 is scheduled to appear “later this year,” which is already a lifetime in the age of social media! By the time the show airs, half of the Famously Single 2 cast could have been married and divorced!

Jersey Shore’s Ronnie on why he cheated on Sammi Sweetheart: ‘She never fulfilled me inside’