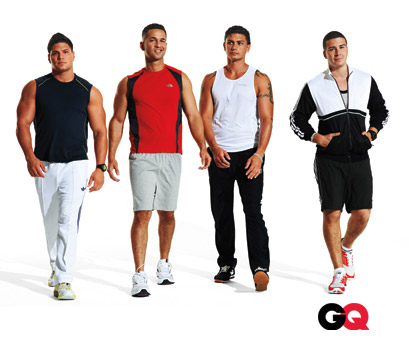 In what is easily the highest-profile deGuidofication project in recorded history GQ magazine gives the boys from Jersey Shore a sportswear makeover!

Let’s be real: The gym can be as much of a meat market as the club. So whether you’ve been wearing tattoo-print pants with fire-breathing dragons or pit-stained, moth-eaten T-shirts from college, it’s time you toned your workout wardrobe. Here, we help Pauly, Vinny, Ronnie, and Mike address the, um, situation with a new breed of simplified sportswear.

Here are before and after group shots: 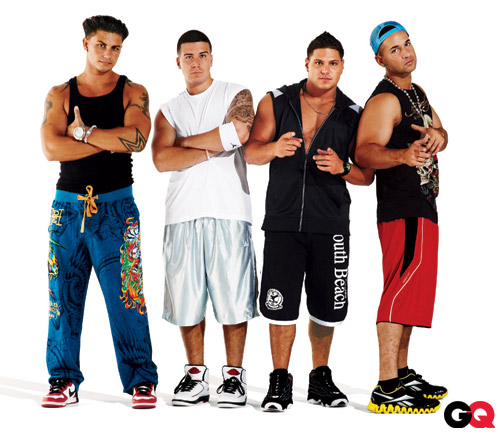 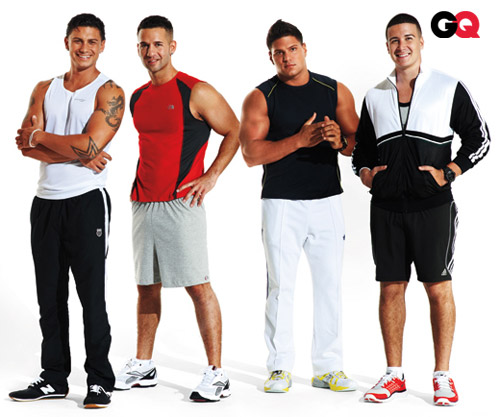 Pauly D is looking downright dapper yo! I’ll be the first to admit that Pauly’s “Blowout” hairstyle is an unassailable American treasure and it undoubtedly equates to a lot of Guidette hot tub action in Jersey, but it is strictly regional. Outside of Jersey, that rock-hard monolith of gel and hair is a magnificent oddity that doesn’t necessarily translate to the sack as well. But, this new dapper ‘do takes Pauly D nationwide! Check him out: 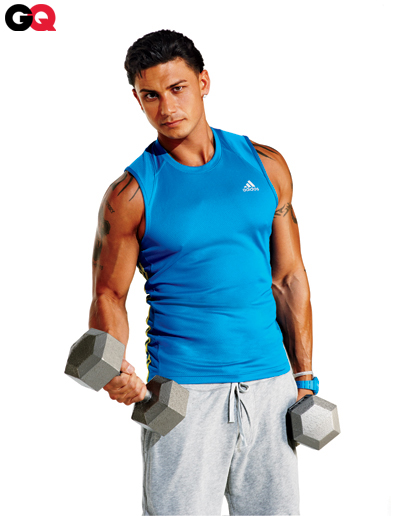 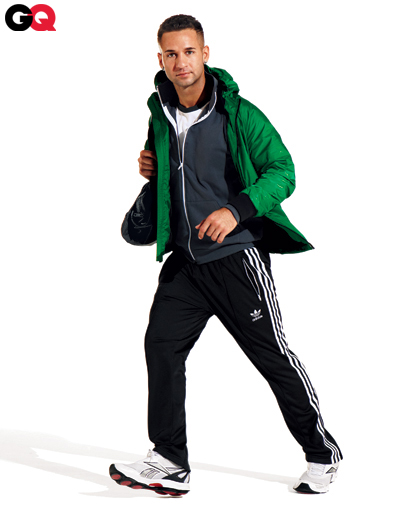 What’s next for Mike Sorrentino, The Fresh Situation of Bel-Air?

As far as Vinny and Ronnie go, I couldn’t really tell much of a difference.

You can check out more before and after photos of the boys over at GQ.com!