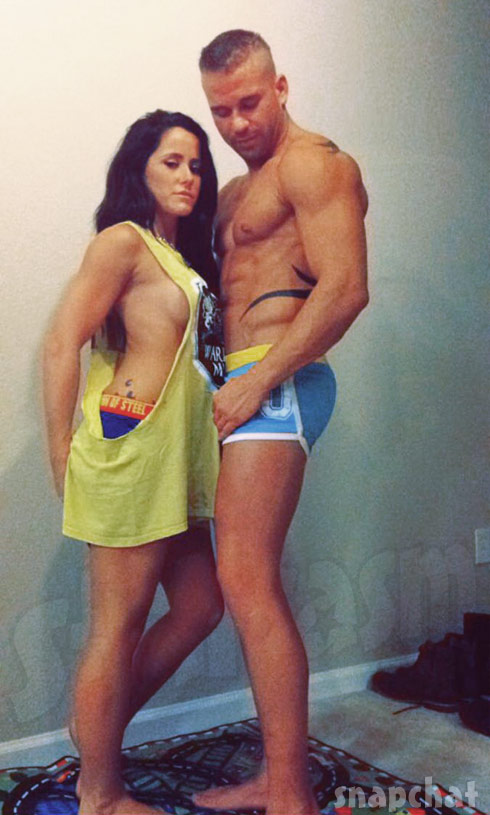 We had a reliable source tell us weeks ago that Jenelle Evans is following in the footsteps of other Teen Mom and Teen Mom 2 star by penning her own book, and now the 23-year-old mom has confirmed it! Plus, Jenelle explains the story behind those racy Underoos Snapchat photos with Nathan.

On the book front, Jenelle tells OK! “It’s going to be basically an autobiography about my life,” adding, “I’m including 10 of my childhood diaries in it.”

Fans of Jenelle know that she often writes in her diary, and has since she was very young. (You might recall that, in 2013, a number of entries Jenelle made while in rehab were stolen by a former roommate and shared on Twitter.) For a more recent and Jenelle-approved example, here’s a post from back in 2012 of an entry Janelle made when she was 13 years old: 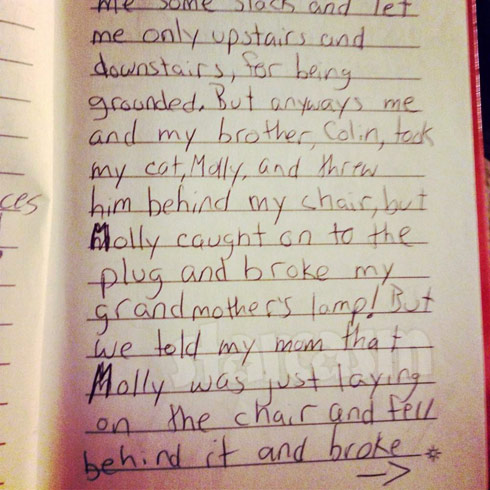 “Omg I just sent this pic to my mom lmfao,” Jenelle wrote in the caption. “A page out of my diary back in 2004 when I lived in PA and was ‘grounded’ lol.”

No further details about the book are known, but if it does include 10 complete childhood diaries, I’m already excited to read it! Here are some title suggestions I came up with:

You Seen Me With Kieffuh!

The Girl With the Leopard Tattoo

That’s Why I Got All These Feathers In My Hair, For This Book 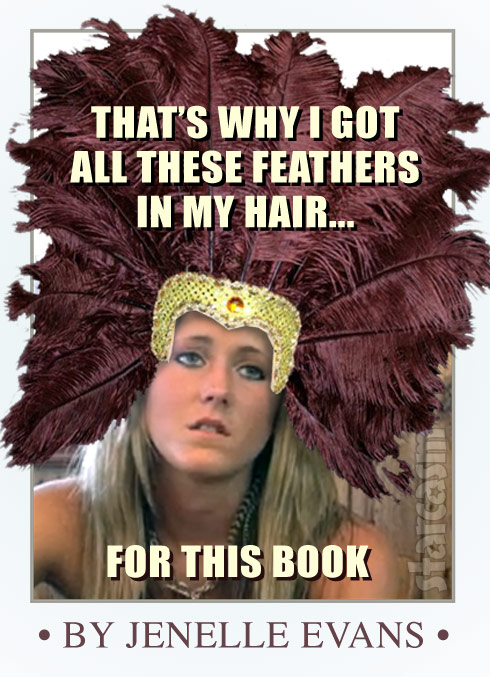 OK: now on to those crazy, racy Snapchat photos of Jenelle and Nathan that popped up online last week and sparked rumors of a potential reconciliation. The one featured at the top of this post received the most attention, but there was a series of them posted by Teen Mom Junkies: 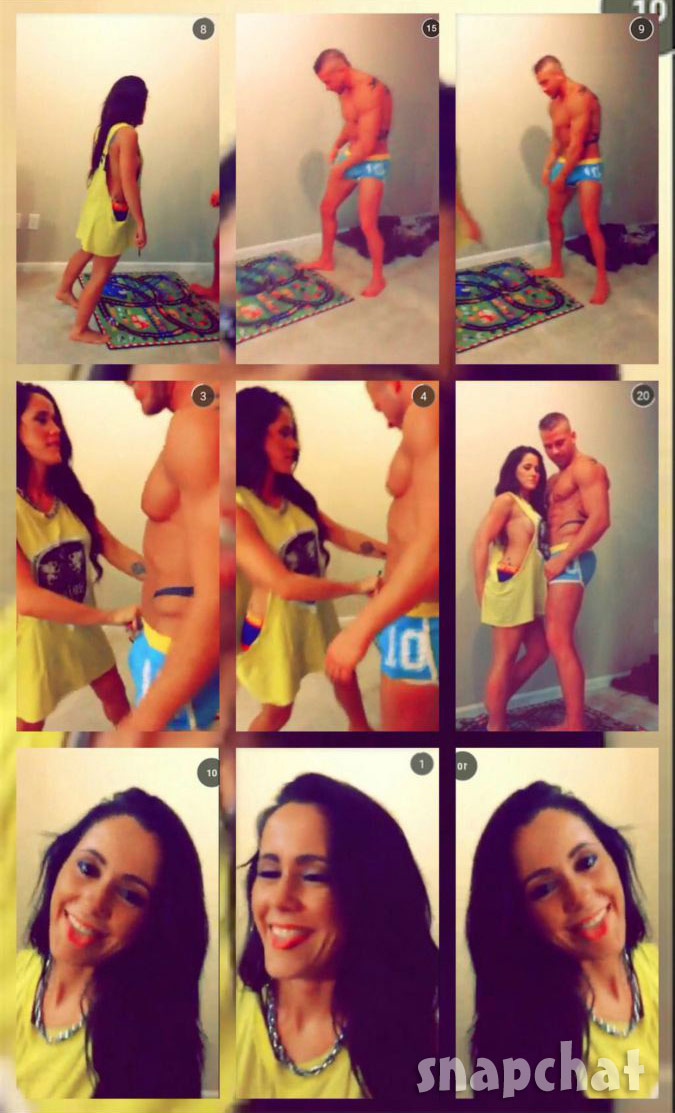 On her current trip to New York City, Jenelle Evans sat down with Wiretapped’s Sharon Carpenter and explained what happened:

JENELLE: I went to drop off Kaiser and [Nathan] was, like, “Let’s meet up for, you know, of course, a couple of drinks.” And his mom had Kaiser for the night, and —

SHARON: And a few drinks later you were in your underwear. [laughing]

JENELLE: Yeah, you know, we went back to his apartment. He was, like, “Oh, you guys can stay here instead of driving all the way back two hours back home,” and we were, like, “Yeah, we might as well.” So, we did that, and, you know, spent the night. And she filmed some of it.

SHARON: That doesn’t explain the underwear, though, Jenelle.

SHARON: Well, it certainly looked like there was some chemistry there.

SHARON: And I could feel the tension myself.

JENELLE: But the thing is, it’s just — I can’t trust him, you know?

Here’s the full interview. Jenelle also talks about Nathan’s Ashley Madison account, the incident with Nathan’s girlfriend Jessica Henry that led to Jenelle’s arrest, and the characteristics she is looking for in her ideal man: