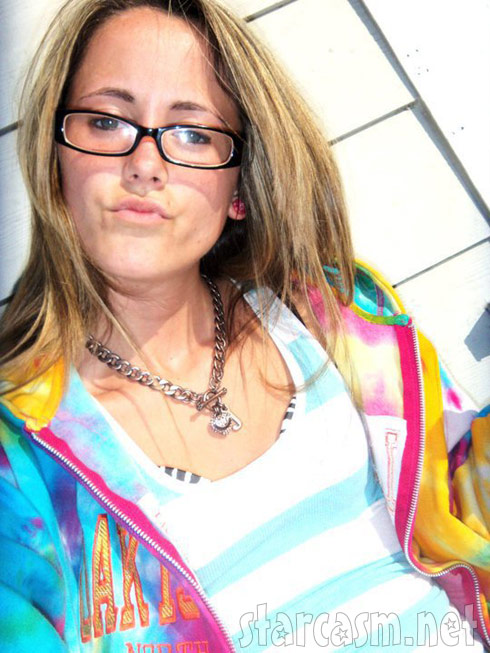 Teen Mom 2 star Jenelle Evans is embroiled in another vicious online feud, but this time it’s not a former best friend or ex-boyfriend but her family! Jenelle and her older sister Ashleigh had a falling out back in early July after Ashleigh accused Jenelle of taking $500 given to her for moving expenses by their mom Barbara, and then spending it on pot. Jenelle later explained that she left (with the cash) because Ashleigh’s abusive husband was coming home and Jenelle didn’t want to be there when he arrived.

Since that time the two sisters have not gotten along at ALL, and things came to a head yesterday when it was revealed by Radar Online that Ashleigh has spoken with Star magazine. “Jenelle is evil,” Ashleigh tells the magazine. “She’s always been jealous of me, but her latest stunt is her worst yet,” in reference to her claim that Jenelle “left her in California to fend for herself after trying to get out of an abusive relationship.”

As you might imagine, this did not please Jenelle, who took to Twitter and wrote, “since my sister wants to sell stories about me…. lets just see psycho she is…” with a link to this video clip that reportedly features Ashleigh yelling at her son Gabriel because he wouldn’t stop crying and she wanted to go to sleep: 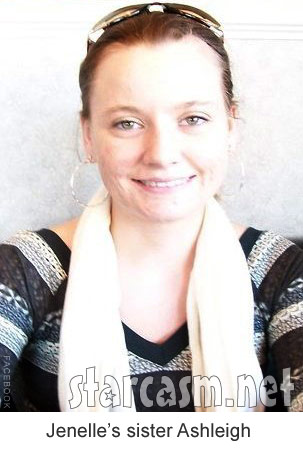 In the clip, a voice can be heard screaming, “Goddamn stop!” as a baby cries. “I need sleep I need food! F**k kid what is your f**king problem? Gabriel, seriously man, I can’t deal with it much longer. I can’t hold you,” she continues.

(A strange thing about the clip is that it was uploaded on July 19th – not too long after their original public falling out. I’m not sure if Jenelle posted it at that time and then made it private before making it public again yesterday or what. The oldest comments are from eight hours ago, so obviously if it ever was public before, not many people saw it.)

Yeah… talk about my own f***ing BLOOD sister sold a story about me and MY MOM APPROVES.

An extremely upset Jenelle then tweeted:

bawling…. if yu guys only KNEW what my mother texted me….. i cant believe this. what did i do to deserve this ?!

With this photo of a text message allegedly from her mom:

(In case you were unable to piece it together, we are being led to believe Barbara Evans is claiming that Jenelle’s sister Ashleigh has a sex tape of Jenelle with three other men, including a guy named Roy Paterson. Right?)

Jenelle followed that up with a couple tweets about how crazy her sister is with some screen capped text messages from mutual friends to back it up before tweeting:

The falling out with her mom Barbara is nothing new either. After Jenelle and Barbara (and Kieffer!) all seemed to have a great time at Jace’s 3rd birthday party on August 3, but things had gotten so bad since that Barbara reportedly didn’t even tell Jenelle that Jace had surgery this past weekend.

Jenelle seemed to recover later in the evening, sharing some rather sedate tweets about a new bed and shower curtain she purchased at Wal-Mart.