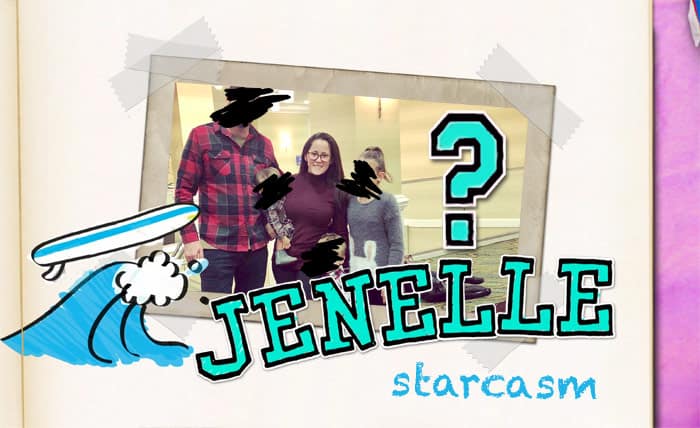 Teen Mom 2 star Jenelle Eason made her triumphant return to Twitter last week after temporarily disabling her account in the wake of the scandal surrounding her husband David Eason’s homophobic and transphobic statements. “Only using this Twitter account for LIVE Tweeting during #TeenMom2,” Jenelle announced. That lasted about 48 hours before Jenelle was once again responding to drama, promoting products, and making huge announcements about the future of her family in regards to Teen Mom 2.

“Ensley will not be appearing on #TeenMom2 after this season,” Jenelle revealed earlier today. “Keep up with me on IG for updates of the gorgeous little babe. ?✨” She followed that tweet with another revealing that Ensley and her dad David weren’t the only ones leaving the show for good.

A Twitter user asked Jenelle if David’s older daughter Maryssa would continue to appear on the show. “Nope, and not Kaiser either,” Jenelle replied. “Maybe Jace but idk,” she added.

MTV deposits money into accounts for all of the children appearing on the show, so this now means that the Eason family will be losing out on A LOT of income after the next season airs. And although Jenelle has been demonstrating a good bit of business hustle in an attempt to become financially independent (makeup line, a book, a new app coming soon, her own line of JEmoji, a clothing store, a , pregnancy mouth guard spokesperson, online partnerships and promotions via social media…) but it doesn’t seem like any of those have really taken off. And it is only going to be more difficult to win consumers’ trust and build her brand when she is inexorably tied to her husband David Eason and his stance on homosexual and transgender people — a stance he has not (and more than likely will not) apologize for.

In previous posts speculating about the future of Jenelle on Teen Mom 2, I have stated that I believe MTV will find a way to bring her back, but I was unsure how that would work without her husband David — and now without Ensley, Kaiser, or Maryssa either. Then I had an epiphany that answers all of the questions and seemingly solves all of the problems…

Jenelle Eason will be replaced on Teen Mom 2 by her mother Barbara Evans.

Sound ridiculous? Think about it — this would allow Jenelle to continue to be on the show, albeit with a bit of a pay cut I am sure. Plus, it will allow MTV camera crews to shift their base of operations from The Land to Barbara’s house. Not filming David, Ensley, and Kaiser no longer seems completely absurd as Jenelle’s story line focuses on her relationship with Babs. Jenelle mentioned that Jace’s future on the show is in question, but I don’t buy that. (Jenelle later deleted that tweet by the way.)

Some may argue that featuring Barbara on a “Teen Mom” show doesn’t make any sense, but let’s all remember that she has been Jace’s mother ever since we first met the Evans family on 16 and Pregnant. I just don’t see it as that big of a stretch — unlike the preposterous stretch of pretending to continue to tell Jenelle’s story without her husband or the children in her custody.

Of course, I can’t take all the credit here — Jenelle retweeted someone with the slightly different idea who wrote: “Why just not cut Jenelle out all together and replace her with Barb! It would be so much more enjoyable to watch!!!”

Judging from numerous reliable sources, it appears that MTV has not made a final decision about what they will do in regards to Jenelle after the next season. The general consensus is that if they were going to fire her, they would have done it already. Figuring everything in, I simply cannot imagine that Barbara replacing Jenelle isn’t their number one option right now. Can you imagine watching the opening intro in which we see scrapbook illustration intros for Chelsea, Kail, Leah, and Babs?! 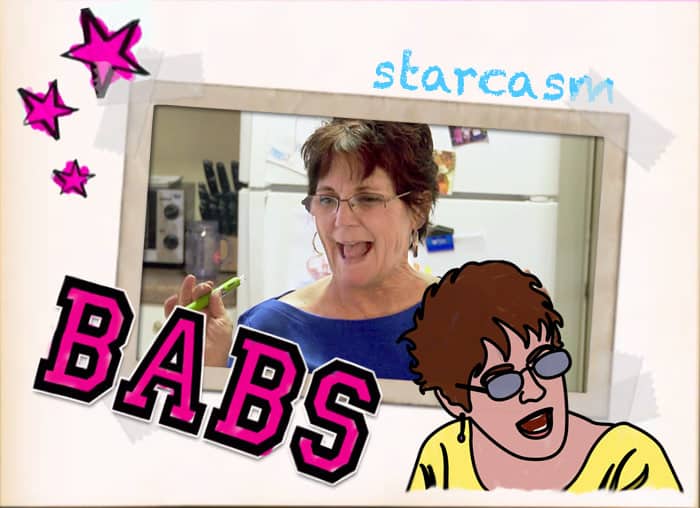