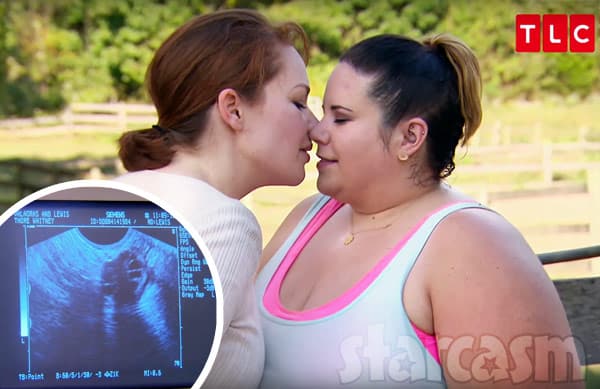 Judging from the preview trailer for My Big Fat Fabulous Life, show star Whitney Way Thore will be struggling with two seemingly incompatible potential issues this season: being pregnant and being gay!

Let’s get right to the video:

From what we see in the trailer, Whitney is indeed pregnant, and it appears that the father is her ex Lennie Alehat. “You’ve broken up with Lennie,” Whitney’s dad Glenn tells her, “and you come home an unwed mother.”

We then see Lennie as he asks Whitney, “Can I see the tests?” Whitney is heard asking, “You don’t believe me?”

The video then cuts to Whitney having a ultrasound. Here is a screen cap of her sonogram, which looks to have been done way back in August of last year: 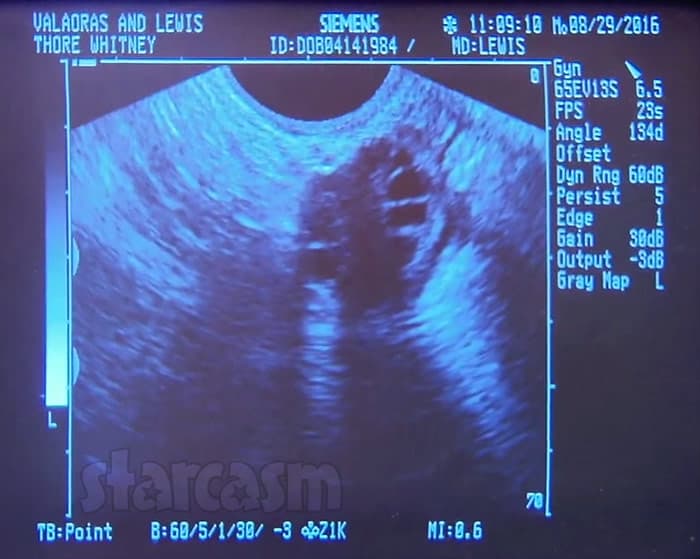 [I don’t know a lot about ultrasounds/sonograms, so if there are any ultrasound technicians out there we’d welcome your input confirming whether this is a pregnancy or not.]

I should also point out that TLC worded the press release for the new season in such a way that suggests Whitney is pregnant. “New episodes see Whitney dealing with even more of life’s heaviest issues: exploring her sexuality, navigating her recent breakup, and coping with an unexpected pregnancy.”

Whitney has continued to post photos and videos over the last few months, and she even hosted a “No Body Shame At Sea” cruise to Central America in December, which included her teaching dance and fitness classes. That would have been almost four months after she found out she was pregnant, and I can’t believe she would have been able to keep that secret from everyone on the cruise!

Here’s Whitney having some fun in the sun with her gal pals:

The show is rather famous for taking on some very controversial topics, so could we see Whitney getting an abortion? I suppose we will all just have to wait and see.

Meanwhile, here is the rest of the press release, which teases Whitney’s plunge into the lady pond, a new relationship with Buddy, and an ill-fated trip to New York City with dancing bestie Todd:

READY, SET, DANCE! WHITNEY THORE IS BACK WITH A LARGER THAN LIFE NEW SEASON OF TLC’S MY BIG FAT FABULOUS LIFE

(Silver Spring, MD) – Large and in charge, Whitney Thore has dialed up the drama as a newly single blonde on TLC’s MY BIG FAT FABULOUS LIFE, premiering Tuesday, January 24 at 9/8c. Learning to fit in a world that’s not designed for a fat person, Whitney continues to struggle with her Polycystic Ovarian Syndrome and the judgment that surrounds her on a daily basis.

New episodes see Whitney dealing with even more of life’s heaviest issues: exploring her sexuality, navigating her recent breakup, and coping with an unexpected pregnancy. Her closest friendships get put to the test when she and Buddy embark on a brand new relationship – this time as landlord and tenant. Explosive arguments and the pressures of being a first-time homeowner push Whitney to dance for solace, but once she and Todd head to New York City for a dance workshop, things begin to fall apart between old friends.

This season Whitney also focuses on taking her career to the next level, landing a gig at local radio station KISS 95.1 where she attracts the attention of a rival big girl studio. With the radio crew egging them on, a dance battle is waged to find out who has the biggest, baddest squad in town. Can Whitney and her big girl dance class beat this team of hardcore dancers who are in it to win it? Or will they give into injuries, bruised egos and exhaustion before they come out on top?

Oh, and did I mention Whitney rides a horse? How about Babs’ wig then? 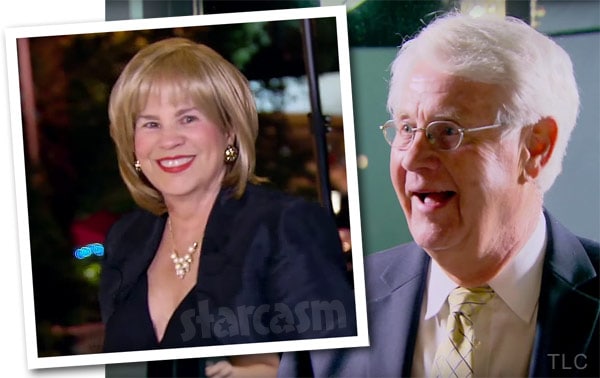