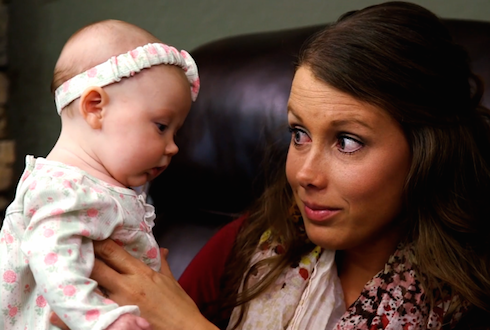 Is Josh Duggar still married? The newest clip from TLC’s three-part Jill & Jessa: Counting On special addresses the topic, when Anna Duggar opens up about the pain of Josh’s many infidelity and molestation scandals.

Anna Duggar did finally address the “Is Josh Duggar still married” question on last week’s installment of Jill & Jessa, when she said that, despite everything else, her hope was still for a “restored marriage” with her husband. Rumors of an Anna Duggar divorce had swirled for weeks, thanks in part to Anna referencing Josh’s blunt “betrayal” in a series of Jill & Jessa clips, as well as a general lack of knowledge of Josh Duggar’s precise whereabouts. 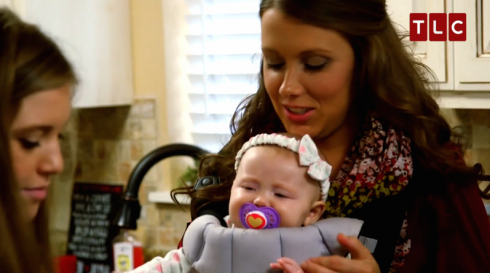 We get a bit more information about the recent state of the Anna and Josh Duggar marriage in the latest just-released Jill & Jessa preview. In a conversation with Jessa, Anna admits “it’s been hard” dealing with the ongoing fallout from Josh’s numerous scandals and controversies; ultimately, though, “it’s been a good opportunity to draw close to God and just trusting God for his wisdom to take the next step.”

Anna also compares her current ordeal to giving birth. “When you’re in labor,” she explains, “you just make it through the next contraction and go on,” Anna says. “I think there’s been a lot of that lately, of just taking the next step and going on.”

Anna does not address the fact that Josh would be her baby in a labor metaphor.

“We’ll see what God has in store for the future,” she concludes.

At the same time, the sighting of a Duggar family plane near Josh’s sex rehab center has many onlookers wondering if the disgraced 19 Kids And Counting star has completed his treatment…and returned home. It’s been believed that Josh is in a sexual addiction treatment facility near Rockford IL–which is exactly where the family’s private plane was spotted on Christmas Eve and in the early hours of Christmas Day itself.

A new Daily Mail report suggests that the plane was likely there to pick Josh up and bring him home for at least the holidays: the plane, a small four-seater, is not big enough to have conveyed the entirety of Anna Duggar’s clan up to Illinois for a visit and then bring them all back. It’s also not known if the plane took Josh Duggar home for Christmas, or for good; speculation has been wild about the possibility that the Duggar family intends to keep Josh at its Arkansas compound, in order to make 2016 a fresh start for everyone.