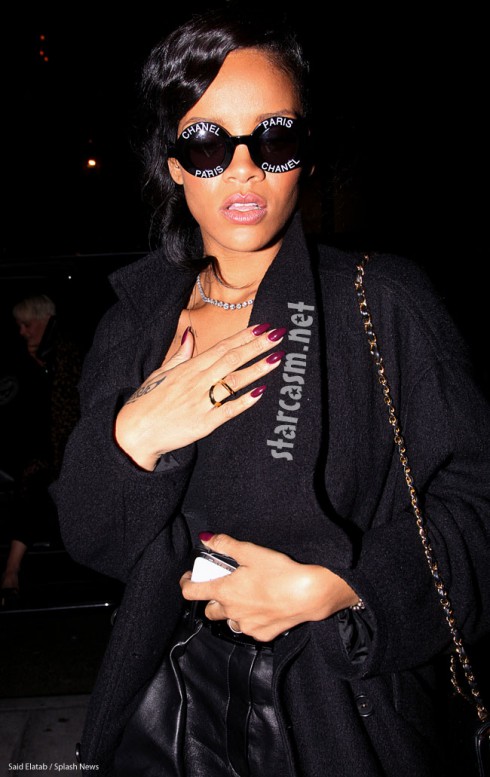 It’s been a good week for Rihanna. She released the music video for her newest hit single “Diamonds” (written by Sia) and she performed said song at the controversial Victoria’s Secret show while wearing a pair of awesome pair of vintage Chanel sunglasses from 1994. (That’s right, 1994 is vintage.) 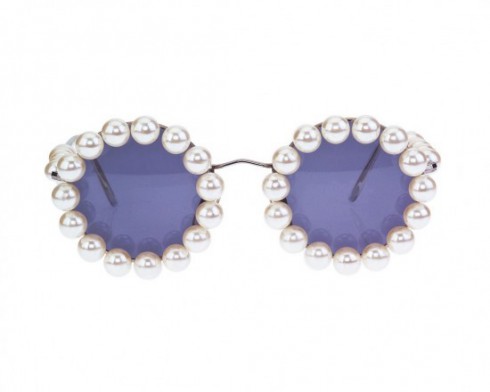 After Rihanna’s performance, she tweeted a topless photo of herself, just because. The next day Rhi-Rhi was hooked on Chanel sunglasses, so she stepped out in some big round ones with “Chanel Paris” (above) written ini large white type, heading her friend and hairstylist Ursula Stephen’s birthday at Boudour nightclub in NYC>

Here’s the music video for “Diamonds,” it’s a little underwhelming considering what a great pop song it is. You can blame how good this song came out on Sia, who wrote the lyrics AND music.