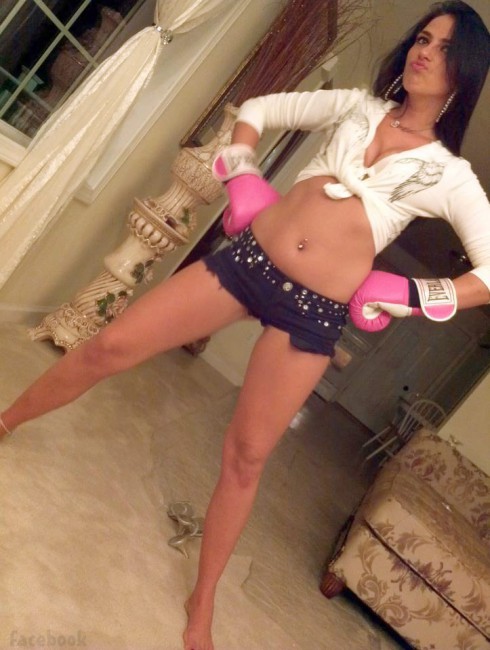 Sunday night on TLC television viewers will get to see the return of West Virginia’s resident gypsy hellion Mellie Stanley as she and the rest of the “Stanley sisters” deliver two hours of Romany drama during the series premiere of Gypsy Sisters. Judging from the preview trailer, it looks to be one hell of a ride as Nettie, Kayla and Laura hop on board the Mellie Express! But, the trailer also foreshadows perhaps the only event that could derail the inevitable trainwreck by hinting that… Mellie Stanley is pregnant?!?

As you can see in the clip, Mellie is a puking a little more than usual, which leads to suspicion among her cast mates that she may be pregnant. Mellie insists she’s not in the clip, but ***SPOILER ALERT*** her Facebook page would suggest otherwise! 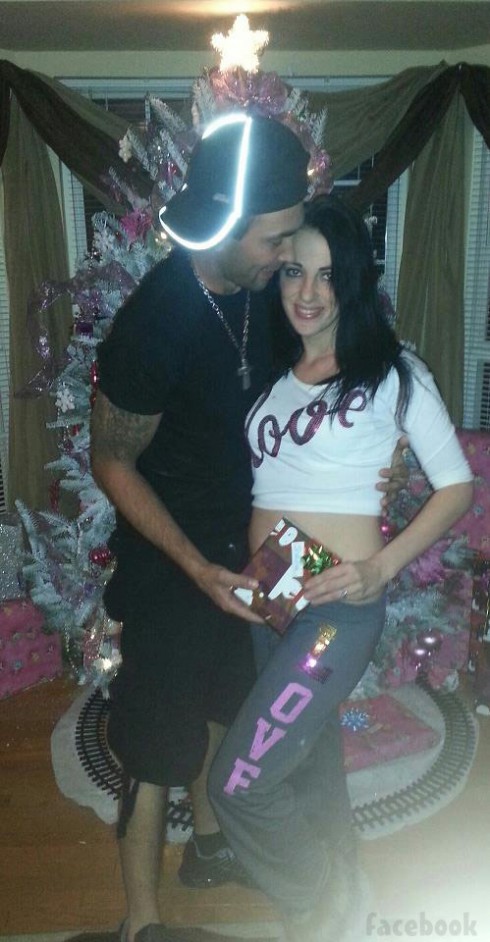 On December 2nd Mellie posted the photo above of her and her new man along with the caption, “Aww he got the baby something for Christmas.”

That picture was preceded by this next one in which Mellie is rocking one of her revealing short-short dresses and chugging something from a bottle. A concerned friend commented on the picture, “Is that a drink in ur hand…” to which Mellie responded by writing, “Its a ice tea mommy lol” 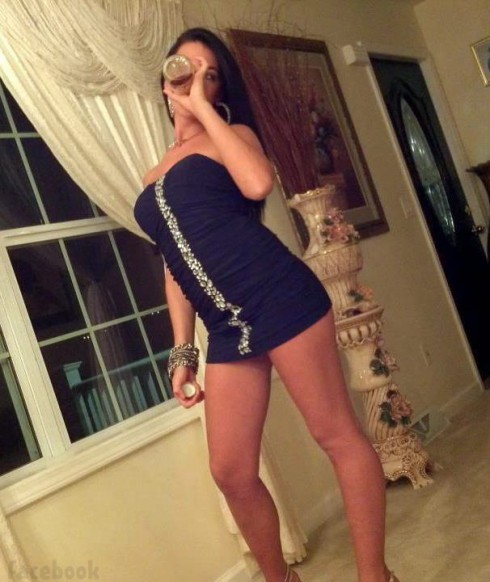 Another commenter, who seemed to admire the photo, suggested Mellie should come party with him, to which Mellie replied, “Dam right let’s party hard but in July lol” I don’t think it takes Albert Einstein to figure out Mellie is pregnant and her due date is some time before July!

And just in case all that wasn’t evidence enough for you, Mellie posted this photo of herself on a separate Facebook profile earlier today in which it is obvious she is expecting: 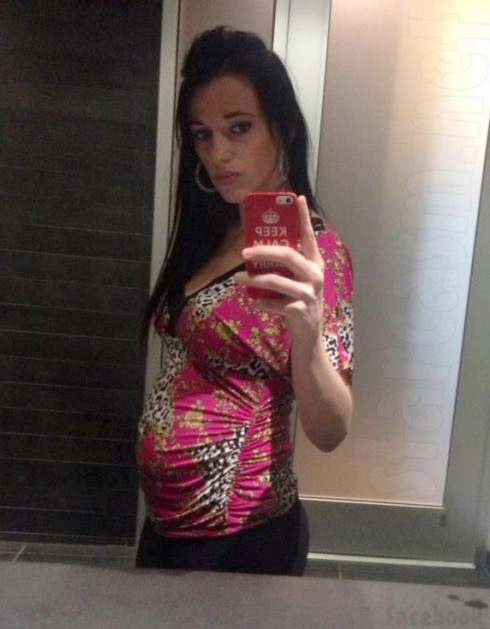 Mellie even revealed the name of her son: Angelo Giovanni Stanley.

And just in case you thought the sweet tea comment above meant Mellie had completely given up alcohol, hold on just a second! On January 27 she posted, “Drinking on some wine” to which a commenter replied, “Are you preggo?” Mellie responded by writing, “Yea I’m pregnant and like the dr said a glass a wine a day is good for my iron.”

Another commenter backed up Mellie’s post by writing, “My mom had 5 kids & had a glass of wine every night. We turned out normal, well-adjusted & bright. She’s from Italy and they didn’t recommend women to avoid alcohol back then.”

Mellie responded with, “Yea I’m sick of everyone up in my business bout if I drink and sh!t.”

And although there is no way to confirm that it is her baby, Mellie posted a collage including her sonogram on January 28th featuring her boyfriend at the time, a sonogram image of a child, and a photo of Mellie along with the words, “The Two That Stole My Heart <3”

UPDATE – We were sent a screen cap of a since-deleted Facebook post made by Mellie on November 7 which read, “I’m 5 weeks and 2 days due July 8 2013” The due date seems to match up perfectly with her comment above. Of course, this means she was 4 weeks and 6 days along on her November 4 wedding day! And she was apparently pregnant during the bachelorette party episode, which was filmed right around October 20.

UPDATE – Mellie just posted this photo of herself five months along to instagram on February 22: 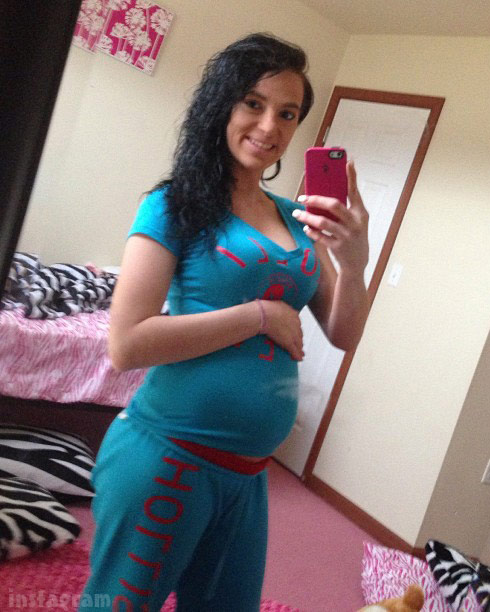 UPDATE – It’s since been revealed on the show that Mellie is pregnant, so I thought I’d add this funny little clip just to make sure everyone knew it 🙂

Regardless of what the ratings turn out to be for Gypsy Sisters (I can’t imagine they aren’t going to be HUGE), I think Mellie’s pregnancy all but guarantees a Gypsy Sisters Season 2, or at least a Mellie Stanley spin off!

To see more photos and bio info on Mellie and her Gypsy Sisters cast mates, click here! And to see more of their antics, tune in to Gypsy Sisters Sunday nights at 9/8c on TLC!

New mom Drew Barrymore on baby Olive: “It’s like the biggest crush I’ve ever had in my life”